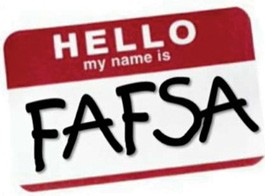 Money is kinda, you know, important

Stanford students intrepid enough to wonder about the practicalities of life after college have a muse. Mary Morrison, the director of funds management at Stanford’s Financial Aid Office, knows that personal finance is not a particularly hot topic among undergrads. She’s witnessed this all too frequently, from kids who didn’t know a thing about taxes to some who thought money was just something their parents worried about. “You can’t just say, ‘Oh, I don’t like money, I just won’t do something with it.’ You have to do something,” she says.

Old people (i.e., adults with a job history) tell young people (i.e., anyone who considers herself above these matters) to pay more attention to their personal finances all the time. But the reality is that a lot of students have no idea what the difference is between a credit card bill and a savings account statement. They have even less of an idea about finance when it comes to planning for the future, which is one of Morrison’s greatest fears for clueless kids.

“I think that some of them are going to make decisions based on immediacy instead of a longer term time frame,” she says by phone from her Stanford office. And a lot of them do. According to “How Undergraduate Students Use Credit Cards,” a 2009 study done by Sallie Mae, the corporation that exclusively handles student loan transactions, the median credit card debt for undergraduate students grew from $946 in 2004 to $1,645 last year.

In previous years, Morrison worked as a pre-major adviser and noticed that many of the students she talked to were, in fact, aware that money would play a role in their lives, but they just had no idea where to start. When a student came to her and threatened to call the cops on the work study office for withholding money she had earned, Morrison knew she had to do something.

Morrison asked the Stanford administration for permission to offer a one-unit financial literacy class, aimed at providing students with a basic understanding of topics like taxes and insurance. She hoped to see at least 20 students enter the classroom. She didn’t have to worry. Some 100 students filled the seats that first year; 12 years later, the class is still full to capacity. And while the Stanford staff member sees financial illiteracy to be an urgent issue among college students, she doesn’t necessarily think the blame’s on them.

“It’s learned information, and who’s going to tell you?” Morrison asks. “It’s like everything else. If you don’t know that apples are better for you than ice cream, and no one’s ever told you, how would you behave?”

She realizes also that many parents are reluctant to share details of their income. This was the case for Morrison, who grew up in a low-income family. “My father had a desk, and in one drawer we had my family’s checkbook and savings account book. And we could not touch that drawer,” she says. “I could ask my mother about sex, but if I had asked her how much money my parents made, she would have just been furious.”

Reticence about financial history is not isolated to either the rich or poor, and Morrison says she sees plenty of both in her classes. “There are the really poor kids whose parents are day laborers or on public assistance, and they can’t ask their parents about paychecks,” she says. “Then you have the other people who never thought about restraining their personal spending. Two ends of the economic scale, both totally clueless.”

Despite the lack of financial smarts that plagues the crowd straggling into her classroom each quarter, Morrison remains hopeful. There was the student who told her that her father discouraged her from taking the class, explaining that he would manage her finances until she found a husband—just as he managed her mother’s money. She took the class anyway and called her mother after each class to teach her the information she had learned.

Another student refused the gift of a car from her father, reasoning that with the added expenditures of insurance and upkeep, a bundle of money for rent would be a more practical gift. These are the stories that make Morrison smile. “Her dad turned to her and said, ‘You go back and tell that woman that you did learn something at Stanford University.'”