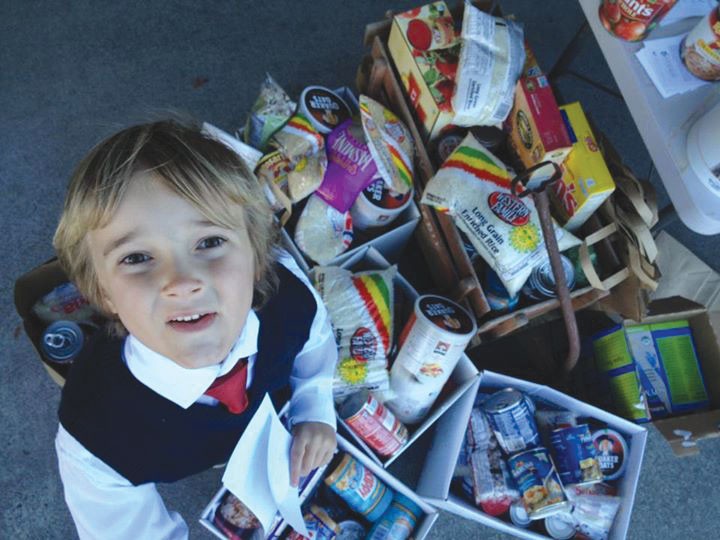 Memphis Roetter is turning nine years old, and for his birthday on Feb. 26, he wants what any boy his age would want—to donate at least 9,999 meals to the Redwood Empire Food Bank.

This isn’t Memphis’ first rodeo, so to speak. The Sonoma County philanthropist has asked for donations to a charity as his birthday gift each of the past four years. He asks neighbors, friends, family and even shoppers in front of supermarkets for help in his goal. When he turned six, he raised enough for 5,585 meals; at age seven, that number grew to over 8,000, and last year, with a goal of 8,888 meals, Memphis raised enough money for the food bank to provide over 10,000 meals. This year he hopes at least to reach that mark.

“He’s definitely been putting in the effort,” says his father, Chuck Roetter. Since two meals can be provided by the food bank for about $1, that means he’ll have to collect at least $5,000. As of Monday, he already had $1,550 raised through various sources, including a crowdfunding site.

Last week, Memphis was outside Oliver’s Market in Santa Rosa asking shoppers if they’d like to contribute to his goal. More than the usual handful stopped for the energetic, fair-haired do-gooder and pledged funds. More inside were shopping for items to donate directly (although cash is far more effective, given the food bank’s heavily discounted rate for bulk purchasing). Though this wasn’t originally his idea (his mom, Juli, suggested it to him on a smaller scale when he was turning four), it’s been Memphis’ decision ever since. “It’s more work each year,” says Chuck Roetter, “but he doesn’t seem to shy away from it.”