In which the editor steps down 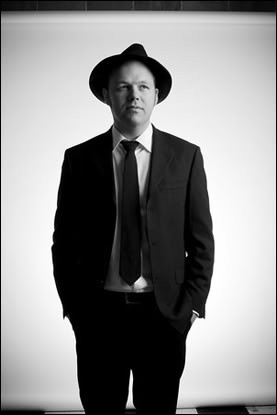 There’s no simple way to say this, so I’ll just spit it out: This is my last issue as the editor of the Bohemian.

The good thing is that I’m leaving the paper in a strong position. In my three years as editor, I’ve coordinated a redesign of both the print paper and the website, won four national AAN awards for my music writing, overseen two CNPA awards for the paper as editor, increased website traffic tenfold, launched and hosted the 24-Hour Band Contest, been a voice of the paper on KSRO and continued to write for all sections of the paper.

But most importantly, the Bohemian has remained a strong voice in the community during a time when print journalism is presumed to be dying. We’ve broken stories locally in my time as editor about Efren Carrillo knocking a guy unconscious outside a Too Short show, the inability of the Santa Rosa Police Department to accurately track gang crime statistics, the $10 million tab left to the city of Petaluma by developers of the Theatre District, and the Press Democrat‘s sale by the New York Times Co.—all stories that wound up later as front-page news in the local daily. Add to that our consistently top-notch local features, news, arts, food and music coverage from the past three years, and, well, I’m supremely proud of the impact we’ve had.

Being able to have that kind of impact on the community can be addictive. Especially if, like me, you really, really love your community. I found myself working late nights, trying to do the best possible job I could. I worked weekends and days off. I worked a lot. And I shouldn’t have. Because my wife works full-time too, raising our four-year-old daughter while trying to ensure the paper was as good as possible started to alternately resemble either a madcap farce or a Cassavetes tearjerker.

So basically, I’m slowing down. I’ll be able to spend much more time with family and friends this way. And in fact, Leilani Clark, who’s been by my side doing an excellent job for these three years as staff writer, is stepping down as well.

This is not an end. I’ll still be around, in print, in one way or another. More importantly, the Bohemian should be in good hands. There’s truly no paper in the world like it.

Gabe Meline is the outgoing editor of this paper.