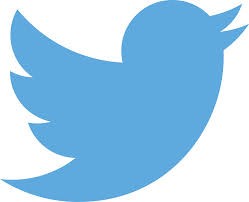 The Internet can be a paranoid place, especially with the recent NSA spying revelations. It’s actually a pretty good bet that every single thing we do online is watched and recorded by the government. But this case here illustrates some good, ol’ fashioned malicious hacking and old school con man artistry.

Naoki Hiroshima had owned the Twitter handle @N since signing up for the service in 2007, when it was still a startup. He was extorted into giving it up (after turning down a $50,000 offer for it), but the con artist left a paper trail of sorts. It wasn’t hard to figure out what happened (especially after Hiroshima conceded and the extortionist revealed how it was done, Bond villain style), but it was impossible to fix, not because of any computer virus or other hacking attack, but because of customer service.

No spoiler alerts here, you’ll have to read the full article. But suffice to say, the piece at least contains some good cybersecurity tips that might have slipped under the radar had it not been for this con artist’s need for approval. I guess the perpetrator didn’t realize how useless the Twitter handle would be when everyone knew it was stolen.