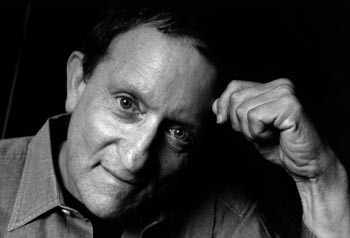 JANIS LIVED a few doors down, the Dead were just around the corner, and the kid living upstairs from photographer Baron Wolman took too much acid and walked in delirium out of the third-floor window, splatting fatally onto the hard, filthy pavement of Haight Street below. The year was ’67, and everyone was grooving.

Fueled by the music and the times, a 21-year-old journalist named Jann Wenner gathered some friends and began a revolution in ink. Named Rolling Stone, this newsprint rag captured the era, defined it in print and pictures, and helped form a generation. Among the friends that Wenner interested in his project was Wolman, then a 30-year-old freelance photojournalist. Already an established photographer for such glossy mags as Life and Look, Wolman accompanied Wenner in ’67 to cover the story when Mills College–a bastion of academic musical study–canonized rock music by hosting a conference on its importance.

Wenner invited Wolman to shoot for the burgeoning Rolling Stone, Wolman agreed to work for free, and when the first issue hit the streets five months later, rock history began to be recorded.

When he left the magazine three years later, rock itself had changed.

And according to Wolman and former Rolling Stone managing editor John Burks, now a professor of journalism at San Francisco State University, nothing will ever be the same again. “Once in a while, I’ll look back at my old copies of Rolling Stone, if a student has a question or something,” says Burks by phone from the San Francisco campus, “and I’m really struck by the collected works of Baron and [fellow photographer] Jim Marshall. Rolling Stone created the language, visual and written, of that era and it seemed accidental. You can’t do that anymore. “

Why is this no longer possible? Wolman and Burks both agree on one word: access.

“The only way for Baron to do the work he did, so close to the performers, so lyrical and intimate, was through access,” confirms Burks, noting that today’s rock stars are so packaged, so protected, and so image-conscious that the kind of off-hand directness featured in those early issues of Rolling Stone shots no longer exists.

“There was the excitement to the concerts that I tried very hard to get,” says Wolman, an affable man with reddish hair who insists that rain-drenched shoes be wiped on his expensive rugs and who immediately sets about making tea in the airy kitchen of his home in an affluent Fountain Grove neighborhood.

“It’s very hard with a still photograph to capture the action of a concert,” he says. “You try to see something in the face, the body language, the lighting. Of course, it was much tougher in those days; there were no automatic cameras, so it was a real technical challenge to get a decent photograph.

“But the really great thing was that I could get onstage with people, no problem. For [photographing] Tina Turner at the Hungry i, I was probably 12 feet away–I could smell her.”

Access may have been half of the charm, but talent crafted the rest.

Little Foxes: Harlow, above, is among the groupies Wolman shot for Rolling Stone.

“What happens when I take pictures at concerts is that I really get involved in the music. I let the music get into my system so that I can anticipate what the musician is going to do,” Wolman explains, gesturing the reporter to a chair.

“Because if I can anticipate, I can get a good shot. Once I see the good shot in the viewfinder, it’s gone. The music gets inside me, it’s in my brain, I’m close enough to the stage so that the vibration from the speakers is making my skin tingle, and I’m filling the viewfinder with the musician. It’s almost, not quite, as if I’m the person that’s up there. I just always feel high. I disconnect with the real world,” Wolman says, “and I’m involved in the process.

“When I took these pictures, I didn’t feel as if I were taking a picture. I felt as though I were some conduit for this experience, and I happened to have the camera in my hand and would snap the shutter, but it wasn’t somehow my choice. I don’t know how else to explain it: I mean, I want to own responsibility for the good ones, and even the bad ones, but there was something else. When I would go out on assignment, I would go into this other state.

“Because I see myself as a kind of voyeur,” he grins. “I’m happiest when I’m invisible and watching. I just love to watch. I’m a chameleon and can adapt myself to the situation, and that, to me, is one of the gifts that I was given naturally, and that’s how you get honest pictures.”

“But,” Wolman says, still smiling, “those days are gone, and when those days left, I really began to lose interest in it.

“When the business of music became bigger than the music itself,” he says, bringing the hot teapot to the table, “then we became part of a wheel, and the artistry of the photography was then incorporated in the person’s vision of himself or herself for their own career, rather than the disinterested journalistic kind of approach, which I really like.

“For me personally,” he says, pouring tea to cool in his cup, “it went from an intimate experience to being a major corporate experience. Well, maybe not corporate, but beyond the intimacy.”

After leaving Wenner and company, Wolman started his own fashion magazine, Rags, housed in Rolling Stone‘s first San Francisco offices. When that venture, devoted to street couture and culture, folded after 13 issues, Wolman learned to fly and did aviation photography; started Square Books, his own publishing house; and has since continued to do projects for everyone from the Oakland Raiders to the adult-rock cable music channel VH1.

“I look at life like this huge buffet table,” says the unflappable Wolman. “And I’m not going to stop at the appetizers. I want to eat from the whole table. If you do that, you pay the price in some way, but you get to taste every flavor.”

He leans forward in his chair with a conspiratorial smile. “I,” he says with satisfaction, “have had such a cool life.”