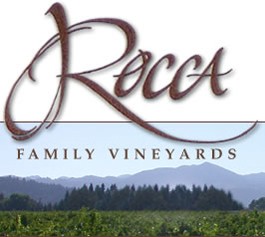 T he past few years have seen much excitement about the 1976 “Judgment of Paris,” from a 30th-anniversary rematch to a film treatment of the celebrated competition in which French judges deemed several California wines better than the best of France. Lesser known is a 2007 competition in which Napa’s Rocca Vineyard’s 2002 Cabernet Sauvignon crushed the cream of California Cabs in France. Call it “the judgment of Bordeaux,” 12 ultra-fine (unlike damn-fine or even smokin’ hot, ultra-fine is an official category) Cabernets and Bordeaux-style blends were evaluated in a blind tasting by an orderly mob of 100 European enophiles. (The California Vintner’s Club named Rocca’s 2004 Cab “the best of the best” in a similar tasting.) What is particularly entertaining is that this upstart wine showed up area heavyweights with demand-driven prices; at $65, it’s a comparative value.

A native Santa Rosan, Dr. Mary Rocca took a circuitous route over the hill by way of the East Coast where she founded a dentistry practice and later a gourmet market in Pt. Reyes before purchasing vineyards. She releases vintages with the help of longtime consulting winemaker Celia Masyczek, making Rocca Vineyards one of few woman-owned and -run wineries.

The tasting salon occupies a large space in a historic stone building on Main Street, where visitors can be seated and enjoy the generous pours at leisure. What with the Oxbow Market and a gaggle of new tasting rooms in Napa, it’s now possible to spend an entire day in this town. I had to ask: How can a 2,000-case winery afford such real estate in a revitalized gourmet center? Rocca’s husband, Dr. Grigsby, shares the building for his practice in pain management. It would be entirely reckless to muse that they are therefore in a similar business—but Rocca does craft the kind of wine that softens the edges of life and brightens the rainy afternoons.

Dressed up in wrangler dude duds, the doctor makes an appearance on the label of Rocca’s 2005 Bad Boy Red ($29), a big and dry wine that opens with toasted graham cracker, with black fruit and baking chocolate on the palate. Rocca’s 2003 Syrah ($42) is inky to nose and eye, with aromas of fruitcake and charred oak, while the 2004 Syrah ($45) offers woodsy spice, riparian scents and hints of leather and Virginia tobacco—a Russian River Pinot on overdrive? A purple floral bouquet wafts from a 2004 Cabernet Sauvignon ($65), leading to leathery dark fruit and a sweet finish of blackberry. When I tasted this wine earlier with a friend who has been until recently a confirmed Cab hater, she was thoroughly won over by this wine’s warmth, silky texture and dark clove spice—for me, as good an endorsement as any by a panel of 100 experts.