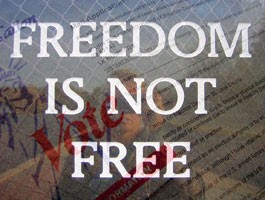 Repair California was just an idea. Then, overnight, it was the not-for-profit messiah of the Golden State and the darling of nearly every major newspaper on the West Coast. In 2008, the Bay Area Council announced an idea to fix California’s political crisis that was so simple and so glisteningly democratic that it was sure to fail. Called Repair California, the plan was to convene a new state constitutional convention, an idea that outshone every other proposed initiative on the 2010 ballot before its star went dark. As fast as it arrived, Repair California was gone, leaving a stunned populace to wonder, “What happened to our revolution?”

Political movements often expire before their ideas can be tested, but in the story of Repair California’s rise and fall, there is a larger explanation for why California itself is fading. Despite its apparent ties to money and power, the group went broke. Despite positive response from the public and media, Repair California couldn’t get enough people to sign its petition. The very forces it sought to change overwhelmed the movement.

On its website, abandoned since February of this year, the group argued, “The only way to make sweeping, holistic changes to our state government and wrestle our state back from special interests—is through a limited constitutional convention.”

As envisioned by Repair California, a limited constitutional convention would call together a group of regular citizens for what essentially is a big brainstorming session. Delegates to the convention would propose changes related only to government, state spending and budgeting, elections and lobbying, and would vote on the spot on those changes. The Legislative Analyst’s office estimated that it could cost taxpayers as much as $95 million to hold such a convention. If that sounds expensive, consider the current state budget gap of more than $18 billion.

Repair California’s effort is not the first time a constitutional convention has been proposed. In 1879, not 30 years after California joined the union, the state actually did convene a convention, and in 1934 the state authorized one, but did not convene. At least five more efforts were made before 1950, according to Jeffrey Lustig, a professor of government and political science at Cal State Sacramento, and the editor of the recently published collection of essays Remaking California: Reclaiming the Public Good. The 1879 convention ensured that future efforts to rewrite the state would not be so easy. Where the Legislature used to need a simple majority, it now needs a two-thirds majority to call a convention.

In 1911, voters won the use of the initiative, which was supposed to be a tool against special-interest buy-outs of the Legislature. It has been used with mixed results over the years, and recently has caused more harm than good. There are today more than 500 amendments to the California state constitution. The federal constitution, a document that is more than 100 years older, has only 27 amendments, including the Bill of Rights.

In all this mess, the impact of Proposition 13 can’t be overstated. Approved in 1978, it basically froze property tax revenues, including commercial property; introduced the two-thirds majority mandate needed to pass a budget or raise taxes that has since strangled California government; and shifted control of taxes and school funding from local governments to the state. When the state failed to pass a budget or adequately fund schools, voters started passing such initiatives as Proposition 98, which dictates how general fund monies should be spent. About 40 percent goes to education, thanks to Prop. 98. Once a novel political tool of the people, the initiative process has become just another tool for big business and big unions.

Repair California’s claim was that the state is so institutionally crippled that it can’t be fixed incrementally. It all began with an August 2008 editorial by Bay Area businessman Jim Wunderman that ran in the San Francisco Chronicle. Titled “California Government Has Failed Us,” Wunderman’s editorial invoked the likes of Thomas Jefferson, and unapologetically aired California’s dirty laundry list of institutional failures.

“It is our duty to declare that our California government is not only broken, it has become destructive to our future,” Wunderman declared. “Therefore, are we not obligated to nullify our government and institute a new one?”

Wunderman is not the most likely candidate to organize a people’s political revolution. He heads the Bay Area Council, which represents the business interests of Google, PG&E and United Airlines, to name a few. But that summer in 2008, after legislators again failed to get a budget passed on time, the business community was thinking of ways to get around the state’s toxic two-thirds majority vote.

The effect was magic. The commentary was so well received that the Bay Area Council sent one of its own, John Grubb, to be the face of Repair California. Newspapers across the state, as well as such national magazines as The New Yorker and The Economist, were soon spilling free ink to advance the idea, and Repair California’s own polling showed that 70 percent of Californians of all political ideologies supported a constitutional convention. (A later Field Poll showed about 50 percent of Californians in support.)

There was one major hitch in this plan: the reluctance of professional signature-gathering companies to collect the names on a petition that could put them out of business.

In a recent telephone interview, Repair California’s spokesman, John Grubb, gets right to the point.

“We were blacklisted,” he says.

This year may be remembered as the one big money stopped being subtle about its domination of state politics. The gubernatorial and senate races are all about the tech billionaires and millionaires this round. And such ballot initiatives as Propositions 16 and 17, have been introduced, promoted and funded by single corporations. More to the point, it seems that only the extremely wealthy can afford the privilege of democracy.

Repair California argued that the state has outgrown the initiative process as it currently exists. To get an idea on the ballot requires signatures from 8 percent of the voters who turned out in the previous gubernatorial election. For 2010 constitutional amendments, that magic number is 694,354 signatures.

“It comes out to about one in 10 California residents that have to sign a petition,” Grubb says. “There’s no way you can do that without signature gatherers, even with a big grassroots effort.”

Signature gathering is like a shadow industry, ostensibly operating in the open with independent contractors parked at folding tables in front of grocery stores and college libraries, while the real deals are brokered in boardrooms.

There are at least five such signature-gathering firms in California. Kimball Petition Management and National Petition Management are among the largest of these groups, and each has its specialty—union issues, socially conservative causes, socially liberal causes, etc. Each signature can cost between $1 and $1.50, depending on several factors, including the deadline to get on a ballot.

When Repair California was circulating its two petitions, Grubb said the going rate was $1.35 per signature, with about 35 cents of that going to the actual gatherer. Repair was looking at close to $1 million just to gather the signatures needed. The service, which Grubb argues is critical to getting an issue on the ballot, can be too pricey for any real grassroots organization.

Repair California, however, was not a poor grassroots group, and when California petitioners refused to circulate the initiatives, Repair bussed in independent signature gatherers from Oregon and Arizona at an additional cost. Grubb says those workers were routinely harassed.

The biggest obstacle to Repair California turned out not to be the signature-gathering companies themselves. Grubb alleges that signature gatherers would not circulate his petition for fear that a constitutional rewrite would fix the initiative problem—the problem being that the process is owned by special interests.

Fred Kimball, head of Kimball Petition Management, which is the oldest signature-gathering firm in California, did not return calls from the Bohemian, but he went on record in the Feb. 4, 2010, issue of The Economist about his feelings for a proposed constitutional convention, saying flatly, “As a business, I oppose it.”

Indeed, not everyone wants change. Groups that passed initiatives to ensure themselves funding or that helped pass laws for crime victims certainly don’t want to see their work undone in a sweeping constitutional rewrite. The same is true for such anti-tax activists as the Howard Jarvis Taxpayers Association (Jarvis was responsible for Prop. 13).

Kris Vosburgh, a spokesman for the Howard Jarvis Tax Association, says that the group did not support a constitutional convention for fear that the two-thirds threshold for passing new taxes would be repealed.

“We’ve been suspicious of those efforts,” Vosburgh says of the convention talk, “because it could make it easier to raise taxes.”

But professor Jeffrey Lustig says he was intrigued by the idea of a convention called by the people. He was so intrigued, he says, that he put the book together as a resource for people when the debate over specific constitutional changes began. Nonetheless, he was surprised, even skeptical, by the Bay Area Council’s support for it.

“In the last 20 years,” Lustig explains, “while public services have been ravaged, there has been a vast redistribution of wealth upward. Even though they talk about the system being broken, it’s been working for some people.”

Grubb says it’s not that simple. “Dysfunctional government—at some point it’s not helping anyone,” he says. “A lot of our members were able to see that.”

Repair California was breaking new ground when it suggested that citizens be the ones to fix the state government. Using the initiative process was basically a new approach. The plan to elect delegates from each community in the state was not entirely democratic, as it called on county officials to choose delegates. It was also extremely complicated. Several pages of the proposal were devoted solely to the process of picking delegates. But in true ’08 style, the initiative didn’t propose any specific changes, just change itself.

“The actual proposal to call a convention was way overdetailed,” Lustig says. “It was almost a parody of the problems they were trying to solve.”There were other problems too, like funding. How a group sponsored by some of the world’s most powerful businesses could run out of money is sort of a mystery. The group was able to raise almost $600,000, according to Grubb, and another $1 million in pledged donations. Then, he alleges, the money dried up as would-be corporate donors received threats from unions and members of the state Legislature.

Grubb would not mention specific legislators or companies, but said, “Members of the Legislature told companies they would be iced out if they supported the convention.” Grubb also says he received death threats over his work. The very same institutional failures crippling the state also brought Repair California to its knees.

Repair California’s ties to business, the very ties that normally make initiative efforts possible, turned out to be its undoing. “If they were a grassroots movement,” Lustig points out, “they would have had volunteers out there gathering signatures—they were thinking in a very corporate way.”

“I would be really surprised if there wasn’t another effort,” Grubb says, “certainly in time for the 2012 elections.”

Like many initiatives, Repair California’s legacy could be in the seed it has planted. It may have been an expensive experiment in self-governance, but something may yet grow of it.