.Whale of a Debriefer! 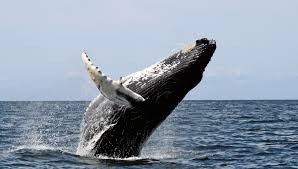 Around the same time that whales were cavorting under the Golden Gate Bridge this past weekend and along our shores, the San Francisco chapter of the American Cetacean Society hosted a May 14 symposium called “Our Changing Oceans.”

Climate change is not the only problem facing ocean dwellers. Brandon Southall of UC Santa Cruz highlighted oceanic sound interference from industrial and military sources. “Marine animals use sound the way we humans use light,” he told the audience, in that they produce sound and then listen for acoustic cues that inform food-gathering, defense, mating and, ultimately, survival.

How widespread is the noise problem in the ocean environment? What can be done about it? The documentary “Sonic Sea,” addresses those questions and will be shown by the ACS on May 24 at 7pm at the Bay Model Visitor Center in Sausalito.
—Kathleen Willett

Santa Rosa’s Elbert “Big Man” Howard was one of the six founding members of the Black Panther Party and also founded the Santa Rosa Police Accountability and Helpline, as his contribution to ongoing efforts to reform Sonoma County policing. He’s been a community activist all the way back to the founding of the BPP 50 years ago and has just published a collection of his writings from over
the decades called, “As I See It.” As Debriefer sees it, you should buy this book of essays; check out Howard’s website, www.bigman-bpp.com for details. —Tom Gogola

The mega-pharma corporation Pfizer announced last week that it would no longer sell its drugs to states that use their products to kill people. The New York Times first reported the story and said the company would join other pharmaceutical firms that have stopped selling drugs to states that utilize the lethal injection in their death penalty. California plans to inject its condemned with a lethal dose of barbiturate, but it’s unclear where the drug is going to be sourced.

There are more than 750 people on death row in California, including Jarvis Jay Masters, the Buddhist author of “That Bird Has My Wings,” who we interviewed in January (“Condemned Men Talking,” Jan. 6). Masters has been sitting on San Quentin’s death row for decades. Masters’ attempt to have his conviction overturned did not hold sway with the California Supreme Court earlier this year. For now, the death gurney at San Quentin remains empty as California sorts out its new single-drug protocol. It’s unclear where the state plans to get the drug—but it clearly won’t be provided by Pfizer. —Tom Gogola

The California Department of Water Resources just sent $120,000 to Sonoma County Fire and Emergency Services to work up a flood plan for the so-called “middle” Russian River, directed at Healdsburg, Cloverdale and Windsor. Part of the plan is going to be a “simulated flood event” in coming months, according to a press release from the county last week. The grant is the first to address flooding in Healdsburg, which found residents kayaking the streets in 2014. That can’t be good for the tourism trade.
—Tom Gogola

Next ArticleMay 22: Delicious Duet in Sonoma