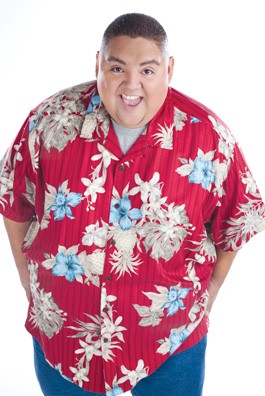 Getting kicked off the television show Last Comic Standing in 2006 for using his BlackBerry might have been the best thing that ever happened to Gabriel Iglesias. “By me losing,” the comedian says from a hotel room in Missoula, Mont., “people were still talking about it, and it released me from my one-year commitment that I had with NBC. And then Comedy Central gave me my one-hour special the same year! Things work out.”

Comedy Central named the 33-year-old Southern California native “Comedian of the Year,” and he’s since recorded two platinum-selling DVDs and released a double CD, We Luv Fluffy. He’s also added a second show to his Friday night stint at the Wells Fargo Center to accommodate ticket demand. The Last Comic Standing fracas, in hindsight, reads like a modern parallel to Decca Records rejecting the Beatles.

Iglesias, self-nicknamed “Mr. Fluffy” for his girth, sets himself apart from the rest of the fat pack by avoiding self-deprecation and distances himself from the glut of race-relations comedians by steering clear of tired, done-to-death stereotypes, something that perhaps alienates his more famous and more base-line colleagues George Lopez and Carlos Mencia.

“You won’t see me on Lopez Tonight anytime soon,” Iglesias laughs. “He made that very clear in a tweet. I can’t believe it, I’m quoting his tweet!'”

Never mind that Iglesias is far funnier than Mencia and Lopez combined. His spot-on impersonations keep the action moving in his freewheeling stories about drunk driving, playing pranks on other comedians and signing autographs for strippers. Iglesias also works clean, something he says has helped his career.

“Don’t get me wrong, in my show you’ll probably hear the f-word maybe three times,” he says. “But by keeping my show friendly, and not getting in your face, and not getting political or really crazy, I’m able to perform in a lot more places.” That includes a USO tour of the Middle East during which, Iglesias says in disbelief, he performed for the king of Jordan.

Asked why comedy is so popular worldwide, he answers, “I think the times are so rough right now, people are really looking to comedy. They’re looking for that release, they’re looking to get away. Between the economy, all the stuff that’s happening globally and politics, right now’s a good time to get away and get a laugh.”