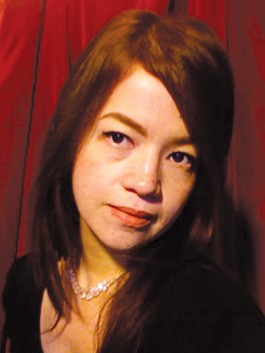 For the fifth time, the Arts Council of Sonoma County has awarded $5,000 grants to three emerging artists to allow them greater freedom in exploring their craft. Established in 2006 (and taking a year off in 2007), the Emerging Visual Artist Award is one way that Sonoma County is trying to better invest in the arts. Partnering with United States Artists (USA), the council decided to make these grants in conjunction with various national foundations after a USA study found that while 96 percent of Americans appreciate the arts, only 27 percent believe that artists contribute to the good of society. Bleech and bah!

In addition, the study discovered that the median reported income for artists from their artistic work was only $5,000. Surely we can all do better than that. Culled from some 95 applicants, who underwent a rigorous two-part judging process, we’re pleased to introduce to you Tramaine de Senna, Andrew Sofie and Laine Justice.

Beauty of the Mundane

It is forbidden to enter unless the visitor first slips on a pair of cardboard huaraches. Hand-woven and oversized to accommodate feet still clad in shoes, the slippers protect the cardboard-covered floor and make a comfortable swishing sound as one glides about, circumnavigating the weightlifting torsos hanging from the ceiling. These carefully rendered muscles of bulky men are drawn on more cardboard and twirl in any slight breeze, turning to reveal their origins as paper towel cartons.

Tremaine de Senna, 29, has created this installation at Healdsburg’s Hammerfriar Gallery. A TV loop showing body builders at the gym plays silently in the background, the camera honing in on painfully veined male pecs as large as any trophy bride’s plastic breasts. On the walls are drawings of what de Senna calls “body-building buddies,” homoerotic evocations of twinned men exercising in postures easily mistaken for lovemaking, and under a clear plastic vitrine on a table in the main room, gaudy hot pink and garish gold paint frame small paper plates upon which juicy red meat cuts are depicted. There’s a lot going on in here.

“It’s kind of dumb how it started off,” de Senna later explains by phone from her Occidental home. “[Hammerfriar owner Jill Plamman] asked me to do something for the beginning of the year, and I thought of New Year’s resolutions and getting fit, so I went to the grocery store and started looking at magazines.” She pauses to laugh at herself. “But it ties into my themes of ritual and display and decoration,” she says more earnestly, “and I found the whole idea of body building—when people are really big and bulky as opposed to just being healthy—really intriguing. I love the beauty of the mundane; the cardboard came into place and it’s just such a common material.”

The garishly decorated paper plates, she explains, were inspired by her recent residency in Germany, where strangely elegant scalloped disposable dishware are used to serve up the quick street food of the masses. “I like taking the association with fast food and greasiness and then turning it into art,” she says.

During her time in Berlin, de Senna worked extensively with mutable materials, eventually recladding her entire room in cardboard and tinfoil and building all her furniture, save her bed, from more cardboard. “I worked at Make magazine,” she says, “and there I was really inspired by the idea, particularly in this economy, that you can teach yourself a skill set, like how to be less of a consumer, and I took it literally. It’s a continuation of the residency and a ‘decorative mendacity’ installation where I lived there and also created artwork. It was influenced both by my time at Make and by Japanese interior architecture. The Japanese treat very common materials like paper and wood very elegantly.”

Spending even a small amount of time talking to de Senna, one is struck by her breadth of interest and experience. In addition to her magazine stint, she worked as a costume designer for American Conservatory Theatre and as an architectural draftsperson. The sitting-sewing work of the former was too “catty” for her tastes; the latter, too robotic. “You’re a CAD monkey, and your hand is transferred into the computer,” she sighs.

Because what de Senna really wants to do is to draw. Her video work is already quite sophisticated and she plans a series of diptychs marrying the video with the drawing. Planning to spend her EVA money on the rent, de Senna has won a residency in Switzerland later in the year, where she’ll stay in a small Baroque city and create site-specific work. What’s guaranteed is that she’ll keep on challenging herself. “I’m using and trying to understand materials and their chemistry, like how cardboard is corrugated,” she says. “I get so much pleasure from that, and it allows me to produce a false world. Being a materialist, you’re in a world of décor and fakeness and everything underneath it is a fake pillowy marshmallow.”—G.G.

Twenty-six year-old Andrew Sofie never thought of himself as an artist—he wanted to be a post-production sound effects editor for movies. His mother being an art educator didn’t exactly steer him in an art-oriented direction, and it was with film that he worked while a student in Santa Rosa High School’s ArtQuest program. At SSU, he dove into sculpture, receiving his BFA.

But Sofie starting noticing a major paradigm shift after high school. People, he saw, were manufacturing things in their own homes that they once relied on mass production to supply. Things like printed photographs and compact discs. He watched as intellectual property and digital rights became huge issues in the music community, as well as his own forte, open source software. Then he got a job at Kreysler & Associates, a digital fabrication company in Vallejo, and became involved with the digital molding of Claes Oldenburg and Coosje van Bruggen’s bow-and-arrow sculpture Cupid’s Span near the base of the Bay Bridge in San Francisco.

“I started to see the influence that these kind of technologies, of digitally fabricating things, would have on people in the next decade,” Sofie says. What, he thought, if art and sculpture became digital property? He had seen how a digital-fabrication system could cut a mold and create huge sculptures—the feathers on the bow and arrow being made by a computer numerical controlled milling machine, for example. What happens if digital fabrication becomes widespread? What if, instead of buying a tactile piece of art, a collector could download the specifications and cut the sculpture themselves?

Such is the nature of Sofie’s thinking. And though he doesn’t brashly predict that real-life art hewn from human hands will become obsolete, he’s fascinated with exploring the implications and distribution avenues for art that digital fabrication allows.

“Possibly, in the next five years,” he says, “if these technologies move forward a little faster, a lot of things will change. People will be making more things in their own home, they’ll be using these types of technologies to create their own products that are very individual.”

Working with open-source software, Sofie has created two key programs. The first, CityCA(1.0), is a generative simulation engine in the Python language that creates pieces based on a chain-reaction algorithm. The other, slyly titled ©™, serves as a channel for distributing digital works. Paired together, the two would work as a cable network bringing art to flatscreens, desktops, projectors and more, and would permit viewing and subscription purchases. “Do we just mimic the iPhone app store with art now?” Sofie hypothesizes. “Or do we first, before anybody gets there, pre-empt that, and make some work commenting on the possibility of art becoming that?”

With his EVA grant, Andrew is hightailing it to San Francisco, where he keeps a studio in the Mission district, to prepare for his upcoming show this September at the Sonoma County Museum. He’s also working on three books and a series of bronze works. On his off-season, he tends bar and takes trips to Baja to help build houses. Not a bad life for someone who once dreamt of long nights doing tedious post-production edits in the foley room.—G.M.

If Sibylle Von Olfers’ Root Children had dreams, they would surely be dreaming within the deeply fantastical layers of Laine Justice’s paintings. Stepping into her humble Healdsburg art studio is akin to entering an apothecary of magical potions. Jars of hand-mixed paints of almost exclusively organic materials such as finely ground lapis lazuli, glass paint, rabbit skin glue, beeswax, sheets of paper-thin gold and even crushed crystal fill the shelves of the room. An old ceramic doll with human hair, made by her grandmother as a replica of her father during childhood, sits quietly beneath the avocado tree in her second floor window. Drawing from a surprisingly wide array of materials, Justice can never be certain of her end results. “I like it that way,” she says with a widening smile.

As a severely allergic child, Justice spent several humid, bug-laden summers visiting family in Alabama, kept inside in order to be spared infectious bug bites. “It was during those times with my cousins and friends playing outside that I began seriously putting my energy into painting,” says Justice. Young adulthood brought her to study art at the Pratt Institute of Art and Design, which included classes in Italy and finally, subsequent art shows in the United States.

A running theme in her work is the depiction of delicate, melancholic little girls that incite a desire in the viewer to crawl inside the paintings to rescue or to join them on their many adventures through the often dark and always whimsical landscapes across silk and linen canvasses. She plans to use her award money to buy supplies, lapis lazuli naturally being pricier than mere acrylic paint.

Her work has been labeled with terms ranging from “beautiful” to “twisted” yet these declarations cannot easily label the feelings and ideas that surface while inspecting her work. Detailed patterns intertwined with a deepness of emotion and colors shaded through layers of glass paint result in a satisfying richness.

With the emotions and imaginations stirred after absorbing it all, Justice’s work remains in the mind’s eye and reveals itself in dreams long after the viewer has walked away.—D.B.