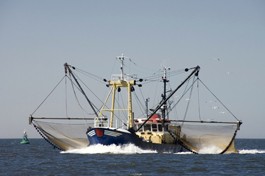 To many Northern Californian fishermen, things smell a bit fishy in the ongoing proceedings of the Marine Life Protection Act. The Blue Ribbon Task Force, a state-appointed team of five men and women who will eventually decide what collecting and harvesting restrictions to impose on the North Central Coast of California, includes at least one person who is tightly connected to the Packard Foundation, one of the loudest—and wealthiest—supporters of proposed closures that have recreational anglers statewide fearful that the end is coming, slowly yet steadily, for the tradition of fishin’.

As reported earlier in these pages (“Blast,” April 16), the task force took comments for many long hours at the latest pair of public meetings on April 22&–23 at San Rafael’s Embassy Suites Hotel, but many fishermen stewed in the lobby as the task force, so it seemed to them, began leaning toward many of the restrictive proposals brought to the table by fishing opponents.

In fact, many anglers have suspected all along that the public MLPA process has been a done deal from the start. Here’s why: Meg Caldwell, a senior member of the task force, is also the interim director of the Center for Ocean Solutions, an environmental science and conservation center in Monterey. The center was created earlier this year in part from a $25 million grant from the David and Lucille Packard Foundation.

It just so happens that the Packard Foundation provides the Monterey Bay Aquarium with 75 percent of its annual budget. The aquarium, meanwhile, has voiced loud approval of many suggested restrictions that could put recreational “consumptive” users off of their favored waters by December. These are the very same restrictions which Caldwell, who is essentially an employee of the Packard Foundation, is currently reviewing.

This link between the Blue Ribbon Task Force and supporters of the MLPA’s most drastic closure proposals has many suspecting foul play. But the Department of Fish and Game’s MLPA program manager Melissa Miller-Henson asserts that the connection between Caldwell and the Packard Foundation has had no influence on MLPA proceedings. Caldwell did not return several phone calls to her office.

Additionally, the Packard Foundation, along with four other organizations, is helping to fund the MLPA’s budget needs. Several years ago, the Coastside Fishing Club filed a suit against the state, claiming that this private investment in a public process is illegal.

“Coastside lost that suit,” says Samantha Murray of the Ocean Conservancy. “I think it’s time that this issue gets put to bed. The MLPA is being implemented.”

Kenny Belov, manager and seafood buyer at Fish restaurant in Sausalito believes that, if implemented in its current form, the MLPA will have the very negative effect of reducing both the availability of local seafood and the opportunity for individuals to catch their own. Belov is quick to note that the MLPA will not affect fishing activities three miles and farther off the coast.

“The big guys will still be out there offshore. The environmental groups behind this think that if you’re protecting coasts, you’re somehow changing something. Unless you ban long-lining in the open ocean and unless you ban bottom-dragging in California waters, I don’t see how you’re affecting the ocean in a positive way. By closing fishing near shore, you’re getting rid of the smaller guys who are doing it right.”

In offshore waters as much as 2,000 feet deep, an interstate fleet of boats drag the bottom with destructive trawl nets for, among other species, hake. Hake is a tremendous seafloor fishery currently impacted by overharvesting and wrought with by-catch (creatures unintentionally caught in the nets). In the industry, hake-fishing by-catch is considered unavoidable, and it heavily affects rockfish, of which some species have suffered a collapse as dramatic, if less glamorous, as that of Chinook salmon.

Hake fishing vessels are allowed catch quotas for several threatened species of deepwater rockfish. The California-Oregon-Washington hake fleet is permitted to land up to 4.7 metric tons of canary rockfish, 25 metric tons of darkblotch rockfish or 275 metric tons of widow rockfish before their season is closed for the year.

Such factory-style boats are required to report their catches on an honors system, but they regularly cheat. During inspections last summer, it was discovered that 40 percent of federally installed cameras meant to monitor onboard activities had been turned off by crews during net hauls. Furthermore, one vessel in Washington was found to have dumped several tons of widow rockfish overboard to avoid hitting its quota and ending the season for the entire fleet. The wasted fish soon washed ashore, and authorities pieced together the crime.

But by a fascinating irony, the saltwater portion of Carre’s lifestyle will be threatened, as the MLPA task force considers turning the several miles of ocean in front of Carre’s property, among other zones, into a no-take marine reserve.

The North Coast, Carre argues, is not in need of extreme protection. People have rock-picked abalone from the shore here for millennia, she says, and the snails are as abundant and large as they ever were. Other species are equally robust.

“I see no point in this at all except to slowly start putting the squeeze on recreational harvest,” Carre charges. “I think Fish and Game should find a problem first before they run up the coast with their bulldozer and tape.”

For his part, recreational fisherman Rich Navarro of Burlingame believes the MLPA proceedings are based on private interests and little science. “A lot of these people work for nonprofits. They need funding for research, and if there’s no crisis in the ocean, then there’s no grant and no paychecks. They’re assuming there is a problem to substantiate their own jobs.”

Miller-Henson allows that scientific data is scarce on the North Coast. While a sonar seafloor analysis is underway, the bottom habitat profile remains largely unknown. “We’re literally just learning now what the bottom structure out there is.”

Yet the MLPA is designed to provide security for specified, known habitats, she says, preferably pinpointing regions that consist of several types of bottom—sand, rock, both shallow and deep—in order to diversify the range of species that will benefit from harvest closures.

But how can these areas be identified when no one fully knows what the bottom terrain even looks like? Murray of Ocean Conservancy defends the integrity of the process.

“It’s been said from the beginning that the MLPA will be based on the ‘best available science.’ If there’s no better science, then we can only use what we have.”

By the end of the latest meetings in San Rafael, the task force decided to concoct a blend of the three MLPA proposals at the table. Called their “preferred alternative,” the tentative plan would designate 11 percent of the study region as marine reserves that prohibit all take—no animals, no kelp, no shells, no sand. Under this plan, the northern portion of Salt Point State Park and other popular diving and kayaking sites would be barred from consumptive use.

Carre feels the task force did not fairly consider the opinions of the people who inhabit the North Coast. She and 300 others in coastal Sonoma and Mendocino counties signed and delivered a petition to the Department of Fish and Game earlier this year supporting Proposal 2-XA, the relatively fisherman-friendly plan. But the petition, Carre says, never reached the stakeholders group that was to consider public opinions as it directed the MLPA process.

Miller-Henson explains that thousands of comments, form letters and petitions arrived in the final weeks of the public-comment period, which ended in late March. Miller-Henson sifted through this paperwork before reporting the information to the task force. Among the piles of pro-2-XA letters, she says, were 100 to 150 notes from Monterey Bay Aquarium guests supporting Proposal 4, the one touted by environmentalists.

Retired commercial fisherman Alan Jacobs of Point Arena says that Mendocino County was overwhelmingly in favor of 2-XA. Point Arena mayor Leslie Dahlhof claims otherwise; public meetings at the city hall were dominated by irate fishermen, but a sizable and unidentified portion of the community who did not attend the meetings lean toward protecting the region, she says.

If the Blue Ribbon Task Force’s preferred alternative passes the ultimate inspection by the Fish and Game Commission, a process that begins in June and may run six months, Point Arena’s fleet of a half-dozen boats will be inconvenienced by two significant closures immediately north and south of the harbor, Jacobs says. Fishermen will have to travel farther, often in rough and dangerous conditions, to reach fertile grounds. Limited fishing days and reduced catches will result, and town supervisor Peter Bogdahn has estimated that Point Arena’s annual income will plummet by 25 percent.

Carre thinks that with the good they are trying to do, MLPA supporters are inadvertently boosting the state’s carbon footprint.

“These three or four boats supply all the restaurants with fish, and the way I see it, the more fish they’re allowed to catch, the fewer dirty diesel trucks need to come up Highway 1, which is crumbling to pieces. Getting fish yourself and getting it locally—that’s the green way to go, and these environmentalists are ending all that.”

Almost 90 percent of the North Central Coast study region will remain open, but many of the preferred alternative’s recommended closure zones include disproportionately popular access points for abalone divers and kayak fishermen.

“Now, where are all these divers and fishermen going to go?” Carre asks. “Any cattle rancher knows you can’t take away half your land and have the same number of cattle. You will ruin your pastures.”