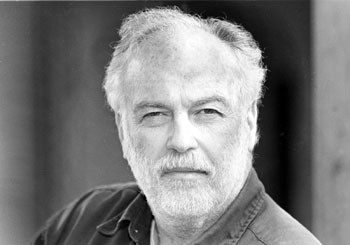 Charter gives Yarish much of the credit for saving one of the most pristine areas in the world, which may soon be threatened again.

In 1991, the Santa Rosa City Council developed a plan to dump wastewater into Estero Americano, an estuary on the Sonoma County coast. “It’s inside the boundaries of the Gulf of the Farrallones Sanctuary, and of such global significance that it’s included in the United Nations International Biosphere Reserve,” explains Charter. “The estuary project was key to growth. It had become Santa Rosa’s magic bullet, as it would have provided alternative disposal of wastewater.”

“I spent a bunch of time in the estuaries, photographing things I’d never seen before,” says Yarish. “I had the feeling I’d discovered an incredibly special place. I realized then what an absolute abomination it would be to use these to discharge wastewater, and that it posed a real threat to the sanctity of the environment that was left there.”

To block the Estuary Project, Yarish and Charter organized an alliance of dairy farmers, landowners, and environmentalists that became known as Friends of the Esteros.

“This was a big deal,” Charter says. “We were standing in the way of the urbanization of the 101 corridor in Sonoma County, and billions of dollars worth of developers’ profits were at stake.”

At a public hearing, Yarish pointed out that the California Environmental Quality Act prohibits elected bodies from selecting projects they haven’t studied, and that the City of Santa Rosa had not adequately studied the Estuary Project. When the City Council decided to proceed, Friends of the Esteros filed a lawsuit, and in 1992, won 10 out of their 12 claims.

They also worked out an agreement with the City of Santa Rosa that protects Estero Americano, and also Estero de Antonio, until 2002.

After the agreement was reached, Yarish turned his attention to other things.

Currently, he sits on the Tomales Bay Watershed Council, the Tamales Bay Association, and the Tamales Bay Advisory Committee. He recently served as Water Quality Investigator for a project of Marin Breast Cancer Watch and the County of Marin, and is also helping to breathe new life into the College of Marin’s dying Indian Valley Campus. The Center for Ethics and Toxics, based in Gualala, has opened a branch office at Indian Valley, and Yarish is the director.

“Indian Valley tends to be more vocational than academic. CETOS is here to embellish the science program,” Yarish says. “Our vision is to enhance the public’s awareness of how the environmental toxics we confront every day impact cancer epidemics and other prevalent diseases.”

To that end, CETOS/Marin offers a monthly seminar series on topics of great interest to a community that has the highest incidence of breast cancer in the nation. In the winter session, Dr. Marc Lappé, Executive Director of CETOS, will present his “Ethics and Science” course at the Indian Valley campus on Fridays from 12 p.m. to 3 p.m.

If Yarish could have his way, he’d continue to devote the bulk of his time to CETOS/Marin. But he’s preparing for battle.

“The mindset in Sonoma County is to build and build and build, and pressure for more wastewater disposal projects seems to be on the horizon,” he says. “Friends of the Esteros doesn’t want to sue the City of Santa Rosa again. But if that’s what it takes to protect the estuaries after the agreement expires in 2002, that’s what we’ll do.”