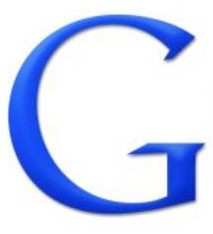 This Time Google Did it Right

Holy mackerel, media junkies! I came across this gem on Salon.com and what a doozy it is.

My impetus in writing on media issues for the Bohemian is to make the media landscape a better place. That may be bold and ambitious, possibly megalomaniacal—and oddly enough, if it worked, I would ostensibly be making myself irrelevant. But that’s my goal.

I was a reporter with the North Bay Business Journal for about three and a half years. I have written for myriad other publications, but nowhere else did I receive regular press releases about and from businesses and institutions I wrote about. The job of marketers is to market, and they did it, and did it well. My job as a reporter was to sift through and find the “news,” and this was my judgment call. For some reason I was allowed to be the “gatekeeper.” (A term thrown around in J school which I find sort of funny.) But the point is that I looked at these releases and determined whether there was real news value or whether they were things marketers were trying to slip past me as news so they wouldn’t have to pay for advertising.

It’s a tough job, but someone has to do it.

Anyway, this well-written column from Salon, by Andrew Leonard, is about exactly the sort of thing that has troubled me.

That trusted news sources (in this case, the author is calling out a Forbes magazine article for saying Google shouldn’t discriminate between news and sponsored content, i.e. ADVERTISING) aren’t making sure their readers know the difference between actual stories and advertising is maddening.

The Forbes writer, Jeff Bercovici, argues that Google’s recent stance against this kind of media manipulation is OK.

But even if Google’s stance isn’t a threat to the native business model, its approach here leaves something to be desired. When Google wanted to address the infestation of content farm crud in its search result, it didn’t have to threaten to block the perpetrators from showing up in search unless they played by its rules. It simply watched how its users responded to content farmed articles and used those signals to adjust its algorithm accordingly.

That’s the sort of elegant engineering solution we’ve come to expect from Google, and there’s no reason it shouldn’t apply here. If Google News users think some sponsored content is news, who is Google to say otherwise?

I’m sorry, but I am a Google News user, and I absolutely mind if there are paid-for or even not-paid-for advertisements posing as news stories!

How can we have a press that actually makes a difference in our lives if it is half advertising masquerading as editorial? We can’t. I think they call that propaganda. Kudos Google, at least this time, for drawing a line in the sand.