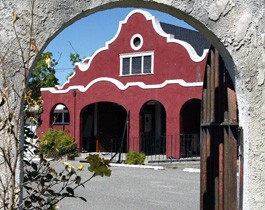 The Show Must Go On

I just sent out another e-blast about our situation,” says Scott Phillips, artistic director of Sebastopol’s 17-year-old Sonoma County Repertory Theater. “I refuse to believe we will have to close our doors—and I sure don’t want that to happen on my watch.”

Elly Lichenstein, executive and artistic director of Cinnabar Theater in Petaluma, is similarly concerned about the future of her 38-year-old company.

“Things have never been so bad,” she says of the economic toll the lingering recession has taken on the local theater community. She recently announced that unless Cinnabar can raise $75,000 by the end of January, her organization—which includes a number of active youth ensembles and the North Bay’s only opera company—will be forced to make some devastating decisions.

“It’s a new world for arts organizations, a much different world than it was a few years ago,” Lichenstein says, referring to the grants, donations and foundational support that theater companies once were able to depend on. “It’s not even the same world it was six months ago,” she continues. “Last year, we lost $60,000 worth of funding from the city of Petaluma. Foundations that once supported us are folding or putting their money into health and human services instead of the arts. As a result, we find ourselves in a bit of a pickle.”

Cinnabar, jolted into action, has been taking some severe steps by cutting positions, reorganizing next year’s season and making their situation public. Through letters, emails and pleas from the stage, Lichenstein has been reaching out to Petaluma’s art-loving, theater-going community to spread the word that without immediate intervention by a large number of donors—or a single donor willing to make a $75,000 Christmas gift—Cinnabar’s future is, with no exaggeration, in serious jeopardy.

“There is a very real possibility we will have to close our doors,” Lichenstein says. “We are cutting costs, going to a skeletal staff—but we can only cut so much. If you have no staff, you have no theater. We need an angel, plain and simple. And we need that angel now.”

The circumstances described by Lichenstein and Phillips also represent the bulk of the North Bay theater community. From the Golden Gate to Gold Country, theater attendance is down, usual annual fundraisers are raising fewer dollars than in the past and the large benefactors that once proudly sponsored arts organizations have become tightfisted and stingy, a result of watching their own reserves dwindle.

“We’ve never been affected by economic downturns,” says Phillips of the Rep. “We’ve always been able to depend upon enough foundation support to thrive. But it’s all gone. Foundations have no money to give us. And, unfortunately, if you can’t get foundation support, then you have to go to the people—so that’s what we’re doing. In the clearest possible language—if the Rep is going to survive, then someone out there in the community is going to have to write us a check.”

Phillips is certain that that “someone” exists. Lichenstein shares his optimism.