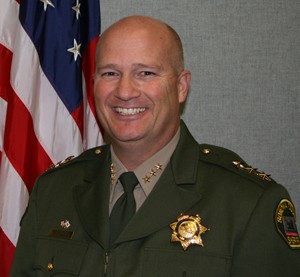 The Sheriff and Sessions

Last week, the news broke in the Washington Examiner that Sonoma County Sheriff Steve Freitas (pictured) was one of six California sheriffs to meet with Jeff Sessions, just as the anti-immigration zealot and Alabama senator was getting voted in as U.S. Attorney General. Sonoma County Sheriff spokesman
Sgt. Spencer Crum addressed some questions sent to him about the Freitas meeting. (The full report is on the Fishing Report blog at Bohemian.com.)

Bohemian: Sessions supports deportation of so-called Dreamers under the Deferred Action for Childhood Arrivals. What’s the sheriff’s view on DACA?

Sgt. Crum: Sheriff Freitas believes in cooperating with our federal counterparts to keep communities safe. His viewpoints have been widely shared with the community and can be found on a video on the front page of our website. Sheriff Freitas has a policy that sheriff deputies cannot ask anyone about their immigration status, and we do not assist ICE in immigration raids based solely on immigration. If someone is committing crimes, we will do our best to enforce the law or assist any law-enforcement agency.

Bohemian: Who paid for this trip to Washington?

Sgt. Crum: This is a taxpayer-funded trip. No other members of the sheriff’s department accompanied him. President Trump addressed the group, welcoming them and expressed his support of local law-enforcement entities. Sheriff Freitas did not have any meetings with the president.
—Tom Gogola