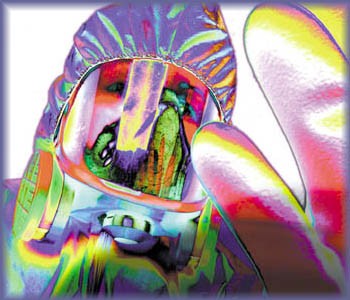 The No Spray Movement

Inside the nonviolent direct-action training sessions

The early, foggy morning drive from my small organic fruit and chicken farm through the tall redwoods darkening the narrow, winding road to the Occidental Arts and Ecology Center on Coleman Valley Road near the Pacific Ocean is relaxing. At times like this, I recall why I live in west Sonoma County and love it so much.

I first came to the OAEC over 15 years ago, before I lived here, when it was the internationally known Farallones Institute. For years I have enjoyed this land’s healthy, robust, beautiful plants fed by such rich, organic soil. Thousands of people in that time have tended this forested garden with love, care, and wisdom.

Upon arriving at the 80-acre farm and garden center for an all-day nonviolent direct action training, I am immediately asked to join a role-playing session outside to defend a hypothetical farm like the OAEC from forced pesticide spraying against the owner’s will to combat the glassy-winged sharpshooter threat to grape vines. I lock arms with other defenders, sit down, and try to prevent the police and sprayers from destroying over 25 years of patient nonviolent agricultural practices. The mock sprayers make an end run around us and spray the property, ending its organic nature within seconds.

Later we gather inside to debrief our feelings. My good friend Jack Winkle, a computer worker, reports, “I got scared [at the mock force], then indignant. ‘How dare you!’ ”

Christine Walker, a Sebastopol mother and artist, admits, “I did not want to be physically hurt.”

Marlena Machol, a grandmother and student at Santa Rosa Junior College, notes, “I was [playing] a policeman and could not look the protesters in the eyes, knowing they were right.”

Laura Goldman of Occidental adds, “I played a cop and felt, ‘You better get your body out of the way, or else.”

Trainer Dave Henson notes, “I was also a cop. When you said, ‘I’m not moving,’ I felt, ‘Oh, yeah!’ When people stood up to me, I felt belligerent. When someone said something normal to me, like ‘Good morning,’ it calmed me down.”

As for myself, I felt mainly sadness, as I imagined 25 years of hard work to build this beautiful organic garden being destroyed by a few minutes of chemical spraying. For what? To protect a few bottles of luxury wine? Some things are worth defending, like one’s family and the home into which years of labor have gone.

Tears came to my eyes, filled with grief.

Our trainer, Henson, directs the OAEC. He is an articulate, patient, caring, competent leader who is one of the growing number of people joining the No Spray Action Network. Henson asks, “What happens when the government is not an ally of the people?” He responds that “we then need to practice direct democracy. We use an ecological model that builds leadership, cultivates people to participate, and is well organized. Social movements need diversity and empowered communities. Direct action has participatory decision-making.”

Henson affirms “active nonviolence that protects. Noncooperation with evil is a form on nonparticipation in the wheel of destruction.”

His experiences with direct action go back to the Diablo Canyon Nuclear Plant protests 20 years ago. He went to Nicaragua and El Salvador in l983 and was “horrified by what the U.S. government was doing there.”

Henson also traveled to Seattle in l999 to demonstrate against the World Trade Organization.

His experiences have led him to conclude that “fighting a police officer is stupid. You will lose.”

Instead, Sierra Spooner, 16, suggests that “singing can be powerful.”

Rosemarie MacDowell, coordinator of No Spray’s research committee, adds that “total silence can be effective.”

A direct-action campaign can do many things. It can build a movement, educate and inform, strengthen voices of reform, point a spotlight on injustice, and delegitimize organizations, institutions, and programs. The two main ways direct action works is to interfere with injustice and to embody alternatives.

Our OAEC training occurs the weekend before the celebration of Martin Luther King Jr.’s birthday. One handout covers his six steps for nonviolent social change: (l) information gathering, including research; (2) education, informing others; (3) personal commitment, even at the risk of sacrifices; (4) negotiations, using grace, humor, and intelligence; (5) direct action, which makes the opponents work with you; and (6) reconciliation, seeking understanding and friendship with one’s adversary, moving toward what King describes as “the Beloved Community.”

The training includes talking about the legal system and what is likely to happen if one is arrested. Henson tells colorful stories of his own experiences of being in jail. Numerous materials are handed out that explain meeting procedures for groups using consensus decision-making, including the role of facilitators, tools for facilitation, and how to resolve stress and conflict.

After a full day with the two dozen participants in this training, I feel quite close to them. We divide into three west county affinity groups–Sebastopol, Forestville, and Occidental. My group includes some people that I have known for over a decade, neighbors, and some new people living in my watershed. I am so inspired by the training that I attend two more the following weekend, facilitated by Cazadero author Starhawk and others at Sonoma State University.

Four trainings are scheduled for February and will continue as long as needed. These trainings create confidence, and group solidarity and encourage people to take direct action.

For more information on No Spray’s direct-action training, visit www.freestone.com/nospray or call 707/874-3119.