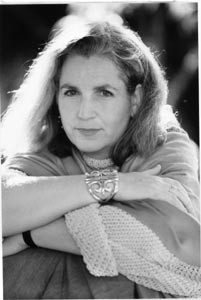 WHEN TERRY Tempest Williams took the stage last week in Santa Rosa, the full audience treated the visiting author and environmentalist to a long, enthusiastic round of applause and cheers and a handful of air-blown kisses. Clearly, they already loved her.

And the feeling was mutual.

“This,” exulted Williams, spreading her arms as if to embrace the entire crowd, “is what is meant by the word sanctuary. Here is the heart of the community, a gathering place where ideas can be discussed, where a fusion of literature and politics is developed, where ideas are given shape and are loved and are turned into actions.”

Williams–author of Refuge, An Unspoken Hunger, and Desert Quartet–was in Sonoma County to speak and to read from her brand-new work, the remarkable Leap (Pantheon; $25). The Thursday night event–sponsored by Copperfield’s Books as a fundraiser for the Western Sonoma County Rural Alliance, which is dedicated to the protection of the local environment–was held at the Unitarian Universalist Fellowship, a popular center of local progressive political action.

Williams, raised as a Mormon, has lived in Utah her entire life. Her staunch environmentalism and anti-nuclear activism–her mother died of cancer, possibly linked to the government’s years of nuclear testing in the nearby desert–have often put her at odds with her religious culture.

In Leap, Williams risks further criticism and perhaps even loss of membership in the Church of Jesus Christ of Latter-day Saints. The book is a retelling of the author’s seven-year obsession with Garden of Earthly Delights, artist Hieronymus Bosch’s 15th-century Flemish masterpiece, a hypnotic triptych showing Paradise, Hell–and the “Garden” that literally falls between.

Leap is a poetic, emotionally daring, stream-of-consciousness adventure, as Williams imagines herself entering Bosch’s surrealist landscapes, challenged to the core by what each new image brings. Ultimately, Leap is an examination of faith and orthodoxy, and the costs and benefits of both to the planet and the human soul.

BEFORE taking her place at the podium, Williams worked the crowd, notebook in hand, eager to hear what environmental concerns were highest in the minds of Sonoma County residents. Most often, she was told of the speedy encroachment of vineyards across the once agriculturally varied terrain.

“I live in the desert,” Williams announced later, standing at the lectern. “And I come from a community that doesn’t drink wine,” she added, with a smile. “So this is all completely new to me. But whether we’re talking about my specific environmental concerns in Utah or yours in Sonoma County, our concerns are the same. This is about encroachment. It’s about lack of respect. It’s about protecting our watersheds. It’s about protecting our resources.

“I admire you,” she said. “I admire how you are demanding to be part of the conversation, for having the integrity to do what you have to do to maintain the environment.”

During the reading itself–an electrifying blend of words and images, recited by Williams in a powerful, hypnotic performance that often resembled chanting–the audience was often literally holding its breath to hear every word.

At the end, when Williams described being asked why she has chosen the obsessions she has, the author laughed.

“Oh,” she said, “I believe our obsessions pick us.”