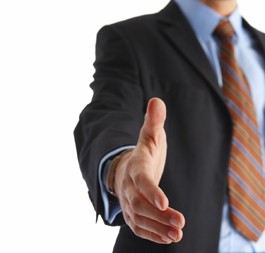 Body Language: Breathing is the only requirement.

A clutch of college kids stumbled by, reeling, shouting incoherently about war and jobs, their hollow laughter curdling into drunken sobs. Ha! I chuckled, my derision gently tempered by the empathy of one who’s been down that road before. Yeah, I remember my first recession.

Of course, things were a lot different when I was in college, back in the 1990s. George Bush was president, we had a war in the Middle East and the economy took a dump.

But some things don’t change. Temporary employment agencies still afford new entrants to the job market insight into how the sausage is made in a variety of industries while offering employers a ready supply of fresh meat. Temping during a time of economic shrinkage can be among the most demanding, humbling, yet rewarding work experiences one can have (other than the Peace Corps, AmeriCorps and possibly several hundred other options).

Many temp gigs pay decently and offer professional work environments; of course, the ones I got only required a nominally warm body. Nevertheless, I highly recommend the opportunity to engage in frustratingly dull labor. I really got a feeling for what it would be like if, say, the People’s Committee had decided that my writing was too sympathetic to bourgeois values. Allow me to share some key insights I gained.

Sex Is Destiny We may have been immersed in the PC regimen in college, but when my friends and I went to the temps, the girls were guided toward clerical and the guys toward manual. Liberal arts degrees—what did we want with that? The inspiring answer that we learned from the introductory music video showing 19th-century factory workers slaving on assembly lines in black-and-white until a heavy metal guitar riff signaled the segue to modern times where liberated employees zipped around on forklifts assured many things: we’ve got color TV, an eight-hour day and, sure, we’re rock stars.

Use Your Noggin Some agencies administer a personality test that at first seems random and invasive: “What do you see when you look in the mirror? (A) I’m happy, self-confident and ready to do my best. (B) I sometimes find myself staring back for a long time. (C) I’m tired of being pushed around, and I’m going to do something about it.” Aha!—this test is loaded with trick questions designed to cull both the criminally insane and the criminally honest.

Our Bodies, Our Serfs Temp terminology is refreshingly candid. “We need five bodies,” the agency might say. A supervisor once cheered up a stressed-out floor manager by presenting me with the bright introduction, “Look, I brought you a body.”

Disposability Is Not a Two-Way Street After a series of flaky assignments where nobody knew what to do with the body that HR had requisitioned for them, I accidentally committed myself instead to weeding a blueberry farm for more cash. I apologized to the agency for canceling; the scolding agent emphasized how difficult it would be to find another body, and gravely warned that our “professional relationship” would be terminated. Later!

This Too Shall Pass Several days after scrubbing acres of tents on my hands and knees for an event-production company, I helped them take down the tents and sound system on the grounds of a science museum. Midway through, the automatic sprinklers turned on. After we scrambled to move everything out of the way, a second set of sprinklers went off right underneath us again.

I took momentary refuge inside the doorway of the closed museum. Turning around, I saw that a life-sized animatronic dinosaur exhibit continued to thrash and roar, swish its armored tail and snap its massive jaws.

The takeaway was that like earth’s past inhabitants, we are only passing through, and we should be thankful. (They, being reptiles, couldn’t give a goddamn.) After many were trampled underfoot, with a great gnashing of teeth, this recession, too, would pass into ancient history . . . And then it would return, automatically, like some mindless beast.