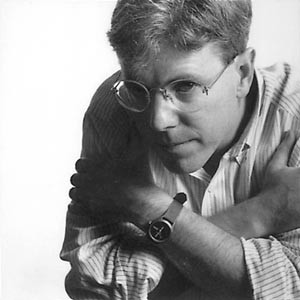 Icky Brain Pox: Author Richard Preston often travels with an anthrax nozzle. If stopped at an airport security check, Preston explains it as a plumbing device. The simple horror of this ruse should give pause.

Anthrax, bio-weapons, and ‘The Jackal’

Writer David Templeton takes interesting people to interesting movies in his ongoing quest for the ultimate post-film conversation. This time out, he discusses The Jackal with best-selling bio-weapons spookmeister Richard Preston.

THERE IS A CERTAIN undeniable thrill in having lunch at the Ritz-Carlton while a weapon of mass destruction sits on the linen-covered tabletop.

Called an “anthrax nozzle,” the weapon is all gleaming metal and plumbing. Manufactured at Fort Dietrich, Md., by the United States in the 1960s, this nozzle is designed to blast an invisible puff of lethal biological agents into the air and has just been pulled from the briefcase of author Richard Preston, a pleasant, soft-spoken man with an unexpectedly wicked edge of humor; he clearly enjoys the delicate perversity of this unlikely little show-and-tell session.

“I guarantee you,” Preston grins, as I disassemble the harmless-looking object and peer into the golf-ball-sized loading chamber (where dried bacilli containing anthrax spores are thankfully not waiting), “this is the first time an anthrax nozzle has ever been brought out in the dining room at the Ritz.”

And with any luck it will be the last.

Biological weapons–such as the one now casting a shadow over Preston’s ahi ahi tuna salad–have been much in the news lately. Preston has been in the news as well, the result of the uncanny timing of his latest book, The Cobra Event (Random House; $25.95).

With a chunk of its action taking place in Iraq, the frightening, fast-paced, fact-filled novel follows a motley crew of FBI agents and bio-weapons specialists attempting to thwart a creepy terrorist who’s developed a deadly virus–a genetically engineered “brain pox”–and has been testing it on unfortunate New Yorkers while planning to unleash it on the world at large.

Preston’s interest in terrorist activity has led to a discussion of the new thriller The Jackal. The film, a remake of the classic Day of the Jackal, stars Bruce Willis and Richard Gere as, respectively, a bad terrorist and a good terrorist, duking it out with weapons of small destruction: really big guns.

Unfortunately, compared to Cobra’s icky brain pox–which spreads like the common cold and causes its victims to eat themselves alive–Willis’ high-tech cannon and Gere’s various sidearms seem rather tame. Just like Preston’s killer virus, however, it’s the very coldness, the unfeeling relentlessness of the killer, that makes the story truly disturbing.

“It’s very scary,” Preston agrees. “And that is what scares us about biological weapons, the one weapon of mass destruction that is alive and can replicate itself and spread. Plutonium released into the air, or a chemical gas released into the air, can kill, and there will be casualties, but the casualties won’t multiply because chemicals cannot spread as living diseases.

“They won’t go out of control. They can’t assume a life of their own like a biological agent will.

“One case of human smallpox,” he continues, “could easily give rise to 20 more. You could get this exponential growth in cases from one relatively small terrorist attack.”

He pauses, as I place the nozzle back on the table. “You want to hear something really scary?” he asks.

“Everyone thinks we are immune to smallpox because of the smallpox vaccine. But the human population is no longer immune, because the vaccine shots wear off after 10 to 20 years. A release of a biological weapon or an accidental laboratory escape, especially if the thing has had some genetic engineering done on it that would make it resistant to drugs or vaccines, could end up being a major public health problem all over the world.”

One scene in The Jackal shows a group of FBI administrators who laugh off the notion that the terrorists pose any real threat. I ask Preston if this cavalier attitude is similar to our country’s real-life perspective on our vulnerability to attack.

“Sure,” he replies. “What I hear is that the CIA does not know anything about biological weapons, that they don’t have people in the CIA with degrees in biology or medical training.”

He goes on to explain that the biological weapons program that developed the device now decorating our lunch table was officially disbanded years ago, and that apparently no similar program has arisen to take its place.

“If we did have a secret bio-weapons program,” he says, “I think the CIA would have at least some experts who know about this stuff. They don’t.”

The Cobra Event has been optioned to be made into a big-screen fright fest. “That’s something very old in the human psyche,” Preston muses. “The public nightmare. It’s much better to confront a nightmare while you’re asleep, to make mental adjustments to it when it isn’t really real, than it is to see it in reality. Hollywood is feeding that same need with disaster stories. It’s so much better to experience bio-terror–or any kind of terror–[in a movie theater] than it is on the streets of a city.”

He picks up the anthrax nozzle and quietly slips it into his bag.

“Perhaps,” he smiles, “we’ll be even better prepared should such things ever actually take place.”