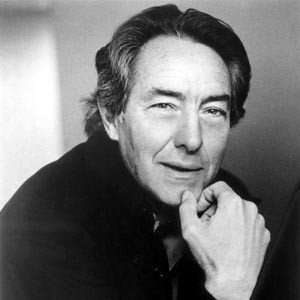 Love and Happiness: Keen ties love in with a spiritual sense, one he feels that Americans decidedly lack. “We imagine that spirituality is something pronounced by a little old lady who would never fart in church,” he says.

AT FIRST GLANCE, there is nothing out of the ordinary about the ranch in the hills above the town of Sonoma where writer and philosopher Sam Keen lives.

Located on a paved one-lane road that rises up from the historic downtown area, the ranch is marked by a sign at the front gate with the cryptic message “HEARTHEARTHEART,” a whimsical wordplay that readers might recognize from the cover of Keen’s best-selling 1991 book A Fire in the Belly. After turning onto a long, dusty dirt road, you see much what you’d expect from a hillside ranch: a stable, some horses, a few weathered outbuildings, and the main house, an old barn that Keen has transformed into a gorgeous, light-filled home worthy of Town & Country magazine.

Even so, it would be a stretch to call it an unexpected sight. The unexpected lies beyond the house, just across a small ravine from the free-standing cabin in which Keen writes. There, rooted within a grove of trees, is a vast trapeze rig: All nets, ropes, ladders, and glimmering metal, it’s a bizarre but singularly magical sight.

“It’s beautiful, isn’t it?” Keen acknowledges, standing in his studio and cocking his head backward to indicate the rig outside the window behind him. “Let’s not talk about that first, though. We’ll talk about the flying later on.” His phone rings. It’s an associate needing to iron out details of an excursion Keen will be leading into the remote Himalayan country of Bhutan, his fourth trip there, and his first after filming the just-completed documentary Journey to Bhutan. Lean and agile, Keen stretches his long legs onto the table and pushes back in his chair, chatting amiably, a man clearly at ease with his surroundings, himself, and his life.

Born in Tennessee to fundamentalist Christian parents, Keen, now 66, chose an unforeseen path when–while pursuing Ph.D. in theology–he became a colleague and friend of mythology guru Joseph Campbell and found a way to combine his previous loss of faith with a growing, lifelong curiosity about the mysteries of the heart and mind. For years Keen was a contributing editor to Psychology Today magazine and produced a series of probing, deeply personal books, including Apology for Wonder (1980), The Passionate Life : The Stages of Loving (1983), and The Faces of the Enemy: Reflections of the Hostile Imagination (1986; turned into a PBS documentary).

It was at the height of the so-called Men’s Movement, with 1991’s Fire in the Belly –which he now refers to simply as “my men’s book”–that Keen burst onto the bestseller lists and into the public consciousness, unintentionally taking the role of the sensible, down-to-earth elder, a welcome presence compared to Robert Bly’s drumbeating, easy-to-parody “wild man” persona.

“Bly’s book Iron John brought up a lot of questions within men,” Keen explains, after his phone business is complete. “It tapped into a hunger men felt, but served mainly to confuse them. With my men’s book, I tried to show a way to get to the answers.” That effort was followed by Hymns to an Unknown God (1994) and the just-released To Love and Be Loved (Bantam; $29.95). He’s currently putting the finishing touches on his next book, in which the trapeze rig will play a significant part.

“It’s about flying as a metaphor for life,” Keen brightly relates. “It’s been one of the easiest books I’ve ever done.” But we’ll talk about that later. He has high hopes for the Bhutan film, made with his longtime friend Bill Juriss, a film he began after gaining special permission from the queen of England, who governs the region but strictly curtails tourism and outside interference with the Tibetan Buddhist culture.

“The film is an existential confrontation with a culture that believes very differently than we do,” Keen says. “It’s an effort, really, to see myself in the mirror of their culture and to see them in the mirror of our culture.

“We visit the monasteries and talk to the monks, and we talk to the road workers and the lowest members of society. We ask them what their religious practice means to them, comparing what a religious system is on the ground vs. what it is in the textbooks. Turns out, most of them have never heard of the Tibetan Book of the Dead and all those esoteric things they talk about in Marin County. Everybody isn’t sitting around the temple, saying mantras and trying to chase their kundalini up their chakras. It’s very different than what we’d expect.”

Keen, who hopes to expand the film into a series, hopes it will run on PBS sometime in 1998.

The conversation now shifts to the subject of love. “Love,” he laughs appreciatively at the very mention of the word. “The morning and evening star! Let’s talk about love!”

In To Love and Be Loved –or, as Keen emphasizes it, “the love book”–he examines the meanings of love and loving, separating them from traditional notions of romance and intimacy. “Ninety-eight percent of the books out on love are about intimacy, about sex, about marriage,” he says. “Of these, about 91 percent are saying the problem’s just communication, men speak Martian or something stupid like that. The American obsession is with intimacy and the assumption that if we could just get this intimacy thing working, then all our love problems are solved.

“It isn’t so,” he exclaims. “If you’re asking how to achieve more intimacy, you’re asking the wrong question. Passion and love have nothing to do with intimacy. Somebody who wants their life to be rich in love has to first ask the question, ‘How do I become a loving human being?’ That’s a very different question than ‘How do I get the love I need?’ or ‘How do I hold on to the love I need?’

“So with the love book,” he continues, “I’m trying to take the word love and really dig into what it means. To bring out the importance of wonder in love, of admiration. The word for admire comes from admirari, meaning ‘to look at, to wonder at.’ So you can say, ‘What is wonderful about you is not what you are, but that you are.’ That’s unconditional love.”

Keen stands up, stretching his arms out to the side.

“Now,” he grins, “talking about love  … would you like to see that trapeze? It’s love. It’s my love affair. I fly about five days a week.”

A few years back, at the age of 62, Keen indulged a lifelong desire to run away with the circus by enrolling in trapeze classes at San Francisco’s School of Circus Arts, becoming the oldest student the school had ever taken on. He immediately saw the potential for the trapeze as a method of working through issues of trust and fear.

After obtaining the rig now towering above him in the grove, Keen began hosting groups of at-risk teens and women from drug and abuse recovery groups, working with professional trapeze artists to coax the often nervous women through the process of swinging out into space and letting go, and letting someone–usually Keen, hanging upside down from an opposite swing–catch them in mid-air. Two months ago, one such women’s group included Sarah Ferguson, the duchess of York, filming her terrified attempts at the trapeze for last month’s televised special, Adventures with the Duchess.

“She finally let go and flew,” Keen says proudly, beginning his 30-foot climb up to the first platform. “And I did catch her,” he adds.

“The trapeze gives you a chance to become a connoisseur of fear,” he shouts down from the ladder’s peak. “If you don’t have some fear up here, you’re in some kind of trouble. You could break your neck.

“Want to see me fall?” he grins. Taking the bar of swing with both hands, Keen leaps forward, sailing up and out above the ground, with the spider web-like safety net stretched out beneath him. “The most important thing to learn is the right way to fall,” he shouts. “That’s one of the metaphors for life, love, you name it. So this is swinging. And this,” he says, “is falling.”

Sam Keen lets go and hangs happily in the air for one split second, and then gravity returns him to the net. Immediately, he bounces up from the fall.