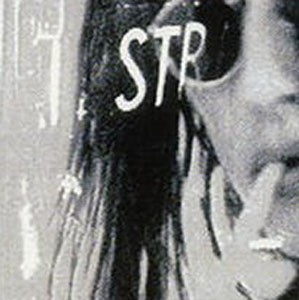 The Wonderful Truth: Swervedriver are the best band no one’s ever heard of.

Swervedriver get a scrap of their due

Swervedriver have few passive fans. No one familiar with the band merely likes them. “Swervedriver!” they’ll enthuse upon hearing the band’s name. “You know Swervedriver? I love Swervedriver!”

The band emerged from England in the late ’80s, the dawn of the shoegaze era, when groups such as Slowdive and My Bloody Valentine were beginning to hone the craft of obliterating songs and blanketing them in layers of fuzzed-out, distorted guitar and ethereal vocals. Swervedriver shared–nay, reveled in–the same wall of distortion, but they wielded an unbreakable rock ‘n’ roll aesthetic that made their songs as catchy as flypaper. While other bands slouched in fraying cardigans, Swervedriver were all dreadlocks, sunglasses and black leather. These guys rocked.

Swervedriver’s nine-year recording career is tidily summed up on Juggernaut Rides: ’89-’98 (Castle), a new two-disc retrospective whose release might aid in slightly remedying the band’s status as one of the most underappreciated and consistently amazing rock acts of the 1990s.

Singer and guitarist Adam Franklin and guitarist Jimmy Hartridge stood at Swervedriver’s creative core, pulling inspiration from late ’60s garage punk and American avant-indie bands like Sonic Youth. A fixation on the darker aspects of pop culture and the gonzo mythology of decaying Americana informed Swervedriver’s lyrical content, though it was T. Rex that supplied the name for their breakthrough single, “Son of Mustang Ford.”

Raise, Swervedriver’s first album, came out in 1991 and offered murky, amped-up dirges. Raise did well on the indie charts and scored a few videos on MTV’s 120 Minutes, winning Swervedriver a small but devoted stateside following.

Mezcal Head (1992), the album that became a meeting ground for metalheads and shoegazers, marks Swervedriver’s most aggressive work. Its guitar sound is huge and menacing; its scope, epic. The album also boasts Franklin’s strongest songwriting, perfectly embodied in “Duel,” perhaps the greatest lost single of the ’90s. It begins with an earthquake rumble and deftly explodes into a churning turbine of a song, at turns ruthlessly jagged and electrifyingly melodic.

Franklin’s uncanny ability to blanket whip-crack pop songwriting without compromising any of his band’s rough, driving edge shot Swervedriver ahead of the pack. In this aspect, they are probably the most gifted of Nirvana’s contemporaries–a tired but fitting comparison. The two bands existed in separate blossomings of subgenres, writing music independently of each other yet tapping into the same elusive vein of sonic ecstasy.

Their most cohesive and mature album, 1995’s Ejector Seat Reservation, was in the can and ready to conquer the universe, but by this time Britpop had overtaken shoegaze, and their label unceremoniously dropped the band a week after the album’s release. Further label woes plagued Swervedriver in the following years. Their last album, 99th Dream, which finally appeared in 1998, often gets lost in the shoegaze-leaning shuffle of Swervedriver fetishism, but it contains some of the band’s most finessed melodies in its tower of technicolor psychedelia.

Swervedriver continued to tour for a while, but the band imploded into an extended nonbreakup that continues to this day.

As a compilation, Juggernaut Rides won’t single-handedly reverse Swervedriver’s misfortunes, though it makes a handy but less-than-ideal introduction, or reintroduction, to Swervedriver. Its two discs, which feature songs selected by the band members, are arranged without regard to chronological order, so it’s not as easy to get a sense of the band’s progression from metalgaze to glorious acid-surf-pop.

However, spreading more Swervedriver in the world can only accomplish good. Play it for your friends and tell them it’s the new Bloc Party album. “Whoa,” they’ll say. “I had no idea Bloc Party sounded like this!” Then tell them the truth, the wonderful truth.