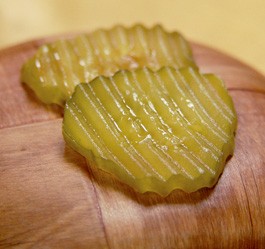 Early spring means different things to different locales. In some regions, it’s called mud season. Elsewhere, it’s the fifth month of winter grief. In warmer climes, winter can be so mild, and summer so hot, that spring is little more than a fleeting bit of tolerable weather.

But nearly everywhere, early spring has a special meaning among local foodies. For cooks, gardeners, hunters and mead-makers alike, it’s time for swapping.

Food swapping can add diversity to a stash that grows ever more homogenous as it dwindles. Last fall, for example, I made a surplus of applesauce but ran out of carrots halfway through winter. Diversifying can make a big difference in the final weeks before the new growing season brings early crops like asparagus, radishes, spinach and garlic flowers.

Depending on the crowd you run with, food-swapping parties can resemble a cocktail party, a potluck, a rager, a garage sale or some unique combination of all. Just be prepared to explain the pedigree of your goods. I remember one guy describing the meat he’d brought as “found in the freezer after my roommate moved out.” He also mentioned something about it possibly being roadkill. He had brought nothing else to trade and got zero action.

Another time, someone brought girlfriend-made pickles. “Oh, no! Those are bad,” objected someone with intimate knowledge of the girlfriend’s pickles, from across the room. Murmurs swept the attendees.

“No, these aren’t the bad ones,” the pickle purveyor protested.

The protester continued that the girlfriend put ginger in her pickles so they’d be good in martinis, “but we tried them, and my God, they were eff-ed.”

“This is a different batch,” the pickle man softly protested.

A cloud of suspicion had fallen upon that jar, and rightly so. The first rule of food swapping is that you trade only your own goods. That way you know exactly what it is and where it’s been.

You can be sure that more than just goods will change hands at a food swap. Tips on gardening, preservation and cooking will be traded as well, plus phone numbers, gossip and stories. When swappers run into each other months later at the farmers market, you can expect updates on swapped goods. Thus, community bonds are strengthened.

I just attended a swap of a different sort: a seed exchange. Spring is the obvious season for seed trading, and though most were homegrown and home-saved, many farmers also brought seed they’d purchased years ago from seed catalogues.

I showed up with nothing but open hands, and when I left my jacket pockets looked like squirrel cheeks. My loot included Tarahumara sunflower, Hopi blue corn, Inca rainbow sweet corn, red beans, parsley, borage, chimayo chile, yin-yang beans and seeds for what a little girl promised are the juiciest carrots ever.

Exchanging seeds is the antithesis of seed-industry consolidation, and trading food is a thrilling ride beyond the bounds of the currency system. You can’t eat money, and it won’t grow if you stick it in the ground. So as you prepare to grow and eat real food this summer, don’t forget to swap around your leftovers from last year.