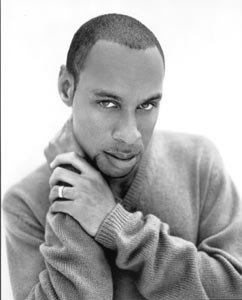 MONSTER MAGNET has a simple idea: mix chicks, hot rods, revolution, and hell. What makes their slice of heavy metal special is that it’s retro as an act of defiance; they grandstand arena-rock values as if to stomp post-rock’s nondescript reductionism into ashes. They aim for the sound of pre-metal forefathers like Steppenwolf, the MC5, and Iron Butterfly; so as classic-rock revivalism, Powertrip is all Judas Priest and no Journey–that is, all gnarly biker anthems and no fake ballads. Monster Magnet seizes and squeezes metal’s time-honored male hyperbole, and while there’s a forest of comical god-myth obsession in lines like “I started humping volcanoes, baby, when I was too young,” there’s also the working-class grounding of lines like “I’ve paid all the goddamn dues that I wanna pay.” So crank the guitar solos up to 11 and march on to Valhalla!

IT’S BEEN 30 years since the debut of this influential disc, which spawned the hit “Born to Be Wild” (which in turn spawned the term “heavy metal”), the anthemic anti-drug song “The Pusher,” and a handful of damned-fine bluesy biker-rock songs and white-eyed soul tunes laced with West Coast psychedelia and plenty of bad-boy attitude. (And there’re a couple of genuine clunkers to boot.) This time around, Steppenwolf’s debut album gets the 24k audiophile treatment from Sebastopol-based Mobile Fidelity. A bona fide classic rock album just got a whole lot better.

THROUGHOUT his career, Hank Williams Jr., has paid homage to his late, great father, country legend Hank Williams. In 1965, as a teen, he recorded this soundtrack of Hank’s hits to a biopic that starred (gulp!) the eternally tanned George Hamilton as his troubled dad. All in all, not a bad effort, though very rough in places. This new reissue, from Turner Classic Movies Music, adds 11 acoustic versions. Not essential, but a nifty curiosity.

THANK GOD nobody turned this project over to Daniel Lanois or any other producer who would have left an indelible mark. It’s hard to believe that the late Merle Watson (killed in a tragic tractor accident a few years back) was just a kid and had been playing bluegrass banjo only five months when he and his famous flat-pickin’ guitarist dad, Doc Watson, laid down these tracks. But these duet recordings lay fallow for 30 years until bassist T. Michael Coleman called up Doc and asked if he’d like to overdub some new tracks onto that master tape featuring the next generation of pickers–Coleman, fiddler and mandolinist Sam Bush, mandolinist (and country star) Marty Stuart, and vocalist Alan O’Bryant on harmonies. The result is one helluva ghost band that brings Merle back to the front porch for some of the jaw-droppin’ bluegrass breakdowns. Simplicity and an unpretentious honesty come through the mix. What a tribute to a fallen backwoods hero. Highly recommended.

IN RECENT YEARS, everyone from the Art Ensemble of Chicago to Herbie Hancock has been searching for a new set of jazz standards. Bay Area saxophonist Joshua Redman, 29, slips easily into this set of classic pop, R&B, and folk-rock songs, ranging from the Beatles (“Eleanor Rigby”) to Bob Dylan (“The Times They Are A-Changin'”) to Stevie Wonder (“Yesterdays”). The result is smooth yet remarkably satisfying, featuring strong improvisational solos–organic and fluid–that reveal a maturing player who continues to show great promise.