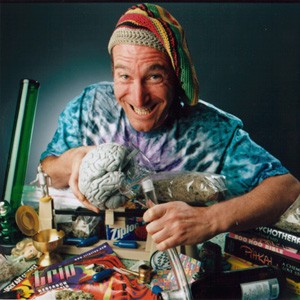 Pusher Man: These days, Sheldon Norberg relies on props to look like a dealer.

Sheldon Norberg is trying to refinance his karmic debt to society, but it’s illegal for this former drug dealer to bring his message to the audience perhaps most in need of it: teens. Illegal, because the state’s abstinence-based policy–as with sex education–forbids classroom or assembly presentations that say any word on the topic of drugs and sexuality other than “No.”

That’s crazy, says Norberg, because we’re already all on drugs. The whole damned nation. “This country runs like a fiendish speed freak on coffee,” he says, speaking by phone from his East Bay home. “This is something that we do constantly and don’t even recognize.

“Look at sugar, the mania for sugar in our culture!” adds Norberg, who brings his one-man show, Confessions of a Dope Dealer, to SSU on Friday, May 7.

Still sporting the low stony drawl that comes from some 18 years huddled over the scale-and-Ziploc-baggie-stewn table of a marijuana dealer, Norberg, 41, is now essentially clean. Turned on to pot when he was just in junior high school during a visit to his glamorous older brother’s digs at UC Berkeley, Norberg quickly slipped into the life. Traveling for years with the extended “family” surrounding the Grateful Dead, he developed a distinct, though perhaps untraditional, code of business. He uses the terms “respect,” “morals” and “industry” to describe his former career, just as would any other hard-working entrepreneur.

“I was raised in a society of very thoughtful, educated, ethical drug dealers, and rose pretty quickly to a height within that realm,” Norberg says. “I’ve always tried to maintain a really ethical principle. I’m respected from top to bottom in terms of providing a quality product and service at a respectable price.”

And then, when he was 30, Norberg hit an ethical wall. But it’s perhaps not the wall one would first consider. It wasn’t the dealing of drugs that bugged him; it was the quality.

“I was having to sell weed that I didn’t want to have to smoke, and it was disturbing me,” he explains. “It was ridiculously expensive and it was unethical for me. I also saw some hard crashes in the industry, weird scummy narc-outs–there were a number of events that left a bad taste in my mouth.”

So he stepped away from a thriving one-man business and devoted himself to his nonprofit theater company. Once he had attained a semblance of sobriety, Norberg had something of a revelation. “I’ve smoked more weed than you can possibly smoke for a very long time,” he says, almost chuckling, “and then I saw what it wasn’t doing, and what it wasn’t doing was allowing me to grow in any way.

But those in the counterculture aren’t the only ones stuck, Norberg says. “Our whole culture is stunted at the age of 19 and drinking their way around it from then on out.”

It’s both understandable and shocking that Norberg can’t speak at high schools. Understandable, of course, because he is proud of his success in his former career and got out alive with most of his brain cells reasonably intact, which may cause kids to gamble that they’ll be similarly lucky. Yet Norberg is careful to note what he missed “because I was high all the time. I think that a kid in high school or college can grasp that there are some big holes in my life.”

And then shocking, because Norberg still smokes the occasional joint, still drops the occasional tab and just plain simply tells the truth as he sees it. “This is not an extracurricular activity that’s going to take you in any particular avenue of achievement,” he says. “But the way you find your path is individual, and having some tools at hand is incredibly helpful.”