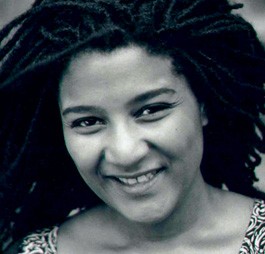 When Lynn Nottage’s hard-hitting period drama Intimate Apparel first appeared in 2003, it had been eight years since her debut with the lovely, adolescent-themed Crumbs at the Table of Joy. Just when the theater world had all but forgotten this once-promising young playwright, Intimate Apparel came along, and nothing has been the same for Nottage since. Three years ago, she was awarded a MacArthur Fellowship, and the very next year her heart-wrenching play Ruined earned her a Pulitzer for drama.

Though her work has seldom been staged in the Bay Area, this is the theater season that will change all that. This fall, Berkeley Repertory Theatre presents Ruined (which, for those with a hankering for a long drive, is running through October up at the Oregon Shakespeare Festival), and in the North Bay, there are two different presentations of Intimate Apparel. In early 2011, the play will be seen at Santa Rosa’s Sixth Street Playhouse. First out of the gate, however, is San Rafael’s daring Alternative Theater Ensemble.

Directed by Ann Brebner, the play is staged simply, as is AlterTheater’s style, in the front gallery of a downtown storefront—in this case, an art gallery. There’s something appealingly perfect about watching a play called Intimate Apparel in such intimate surroundings, with the chairs arranged so close to the action that it’s easy to become absorbed in it.

Set in 1910 New York City, the story follows an illiterate African-American seamstress named Esther (a wonderful Dawn Scott). At age 35, she’s given up on her dreams of being a respectable married woman, someday being treated with honor at Sunday socials, and instead makes her living sewing elaborate undergarments for an array of New York women. Her clients range from a wealthy married “society woman” (Jeanette Harrison, excellent as always) to a musician turned prostitute (Rebecca Frank), and Nottage draws a great deal of power from Esther’s swinging back and forth from one world (privilege) to another (desperation). Along the way, she falls for the Jewish merchant (Nick Sholley, crafting a lovely and tender performance) from whom she buys her fabric, and the scenes between them ache with impossible longing.

Esther lives in a boarding house for women, overseen by the worldy-wise landlady (Erica Smith), who is the closest thing to a family the seamstress has. But Esther has grown bitter after watching as the other women in the house leave, one by one, year after year, to be married. “I hate happiness,” she says early on.

When she receives a letter from George, a laborer working on the Panama Canal (he learned about Esther from a mutual acquaintance), Esther begins a Cyrano-esque correspondence with him, hiding her illiteracy by engaging her clients as the writers of her letters. One senses that this cannot end well, but Scott makes poetry of Esther’s gradual emergence through various levels of hope, trust, disappointment, anger and self-determination.

Extremely well-acted by the entire cast, this Intimate Apparel is an intoxicating taste of what Nottage is capable of: storytelling woven from the fabric of history, humanity and hope.