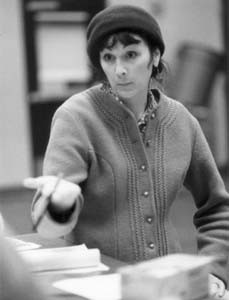 THE TRANSFER of a popular Santa Rosa elementary school principal earlier this month has sparked charges that the Santa Rosa school board and superintendent are giving preferential treatment to one of the highest performing and most affluent schools in the district at the possible expense of one of the neediest.

Parents at Fremont Elementary School, which draws students from downtown Santa Rosa–including homeless shelters and transient hotels–say that principal Patty McCaffrey is the “heart and soul of the school.” Her sudden transfer to Proctor Terrace Elementary School is “unconscionable,” says Fremont parent Shirley Tokheim in a letter to the superintendent and board members. “Pulling Patty away from this school she has helped create will be devastating to many of the students. In fact, when the teachers broke the news to their students, many of them burst into tears right in the classroom.”

Students at both schools were given letters last week informing parents of the March 10 decision by the board to follow Superintendent Dale Vigil’s recommendation to “provide stability” to Proctor Terrace by transferring McCaffrey, a 14-year veteran at Fremont. Proctor Terrace has gone through several principals in the last five years.

“It seems as though the needs of our students are perceived as less pressing than the needs of Proctor Terrace students,” the letter continues. “We fail to understand the logic of disrupting our stable, effective school administration to remedy the problems at Proctor Terrace.”

The superintendent and board members deny any kind of preferential treatment. But Fremont parents say the district’s own demographics show that their school needs McCaffrey, who was successful in bringing in grant funding, as well as volunteers from senior centers and Santa Rosa High School.

After 14 years, Fremont, a school with 42 percent minority enrollment, has no permanent classroom buildings for its 252 students. Sixty-seven percent of the students receive free lunches, and it wasn’t until last year, when a multipurpose room was built, that kids received hot meals and had a place to eat outside their portable classrooms. On the other hand, Proctor Terrace has 371 students with a 14 percent minority enrollment. Only 20 percent of the students are eligible for free lunches, and the school ranks second to last in the district in percentage of students who receive federal Aid for Dependent Children payments.

“Frankly, our facility leaves a lot to be desired. Everything that’s good about it is the direct result of Patty McCaffrey’s work,” says Fremont parent Joyce Beydler, whose son attends kindergarten. “Our school was a clump of portable buildings and blacktop when Patty McCaffrey started here. They painted games on the blacktop. She got a playground structure. She created from nothing something for these kids to do at recess.”

Santa Rosa elementary schools have an open-enrollment process that allows parents to apply for placement at schools outside their zoned district, and Beydler says she choose Fremont because of McCaffrey. “I called her and was impressed with her energy and commitment,” she says. “We have a great team of teachers and they have a great relationship with their principal.

“You can’t expect to yank out the leader of the team and have it perform the same way.”

PROCTOR TERRACE parents aren’t necessarily thrilled with their administrative windfall, either. “We are the beneficiaries of a PTA that is supported and effective, and of a wealth of parental involvement that translates into everything from ‘donations’ of a performance by a San Francisco opera company to exemplary in-class volunteerism,” says parent Eve Rouverol in an e-mail to a local newspaper. “Should Fremont be robbed of this incredible resource for the benefit of a school that already has so much?

“I happen to know that many of the Proctor parents are much bigger people than to wish this.”

Beydler is adamant in her criticism of the superintendent’s recommendation. “You can’t make this kind of summary decision without talking to people who are involved,” she says. “I tried to pin [Vigil] down, and he said that Proctor Terrace has needs that only Patty McCaffrey can meet. I said, ‘What needs?’ He couldn’t answer. He couldn’t explain why this would be good for Fremont.”

Superintendent Vigil, who moved to Sonoma County from San Diego eight months ago, argues that the transfer is part of a regular program to move principals around the district. However, he did not know the last time such a rotation of principals occurred locally.

While parents are free to go to the school board and express their concerns, “the board has the prerogative to assign principals to schools,” he says. “This is a recommendation that was made to accommodate professional growth for both principals.”

As for acquiescing to parents and changing his recommendation, “I don’t know if that makes sense,” Vigil says. “I would have to have compelling reasons. … We’re talking about two very good principals. Wherever they go they will provide the caring that will meet the needs of kids.”

Fremont parents will host a forum at the school Thursday to answer questions and gather information they intend to present to the board at its next meeting on Wednesday, March 24.

McCaffrey, who did not request the transfer, is putting on a game face. “I don’t think anybody moves without mixed feelings, a certain sense of sadness. But there’s also a certain excitement at the challenge ahead,” she says.

“This is an assignment,” she adds, firmly. “One I’m looking forward to.”

The parents’ forum will be held Thursday, March 18, at 7 p.m. in the Fremont Elementary School multipurpose room at 756 Humboldt St., Santa Rosa. For more information, call 579-8233.