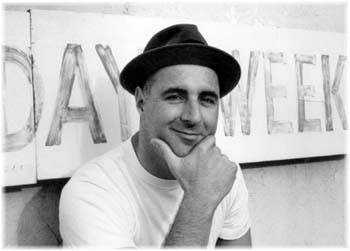 ASK PROMOTER JON FOX what he thinks about the decline in the once burgeoning stand-up comedy club scene and he evokes fierce optimism. “I always think of comedy as the world’s second oldest profession,” he muses, during a phone call from his Mill Valley office. “There’s always going to be a need for it, and it will always find new forms.”

Fox, a former journalist, and his wife, Anne, have built the San Francisco International Stand-Up Comedy Competition into the preeminent event of its kind. Over the years, the competition’s list of alumni has come to read like a veritable Who’s Who of stand-up, among them Robin Williams, Dana Carvey, Ellen DeGeneres, Rob Schneider, Rick Reynolds, Marsha Warfield, Sinbad, Will Durst, and Carrie Snow.

“It’s a kaleidoscopic array of names,” says Anne Fox. “We have literally introduced a whole generation of stand-up comedy from the Bay Area, in all of its ways.”

These days, the couple is preparing for their 22nd year with a series of rounds that brings the Comedy Competition to the Luther Burbank Center on Friday, Oct. 3. The emcee this year is the unflappable Johnny Steele, 1992 competition winner and the new host of Live-105’s popular morning radio show.

The ultimate winner will be announced Oct. 12 at the Maritime Hall in San Francisco and walk away with a $7,500 grand prize.

“We’re beginning to acknowledge that people don’t necessarily want to see a 3 1/2-hour marathon comedy show, which is what we’ve been doing for the past 20 years in the preliminary rounds,” says Jon. “That’s difficult because there are so many talented people out there. We want to have fewer people, but also we don’t want to deny any good prospects.”

THE FOXES HAVE SPENT a good part of their 26-year marriage as business partners. While booking entertainment for the San Francisco Press Club in 1977, Jon met Frank Kidder, who was then holding a comedy-writing workshop in North Beach. When Kidder mentioned his idea of a comedy competition, the Foxes became convinced that there was something funny in the future: an annual stand-up comedy competition.

The first event, which Kidder had promoted himself, featured a then little-known comic named Robin Williams. He placed second. The Foxes joined Kidder the following year to promote the competition. Based on the success of that event, they began promoting comedy shows at a San Francisco nightclub. The Showtime cable channel aired the 1978 Comedy Competition as “The Big Laff Off.” Jeffrey Pollack, owner of San Francisco’s Old Waldorf nightclub, became interested and converted what was essentially the dressing room into the Bay Area’s first full-time comedy club, the Punch Line.

While Fox has seen a major shakeup in the stand-up comedy boom of the ’80s–when a glut of hungry comics hit the road, vying for stage time on a crowded suburban nightclub-and- pizza shack circuit–he is encouraged by the trend overall.

“In the past couple of years, there has been a dramatic reduction in the number of comedy clubs throughout the country, but I think it has seen a retrenchment in the urban areas,” he observes. “And it’s going back to a cutting-edge mode instead of the squeaky-clean comedy that you have to do in the suburbs so no one gets upset. That could be a healthy thing.”

Yet one of the casualties of that retrenchment was Just for Laughs, a national stand-up comedy newspaper founded by the Foxes and published for a decade out of their Mill Valley office. Fox plans to revive the publication on the Web and hopes to model it after the Comedy Underground, a popular nightclub that the couple book in Seattle. The website will reflect the more thought-provoking, creative, countercultural, question-authority style of comedy popular found in the grunge capital–an edgier style that he hopes may rejuvenate comedy in much the same way as Seattle grunge transformed rock in the early ’90s.

“There’s a lot to be said for the more unrestrained, sometimes abrasive, free-thinking form of comedy, which is most brilliant, in the tradition of Lenny Bruce and George Carlin,” he says. “And then there’s the safe, funny, no-ruffled-feathers style that is probably closer to what most people want.

“Myself, I appreciate the other one. I like to find comedians who can create original thought and are willing to question the prevailing points of view while entertaining people at the same time.”