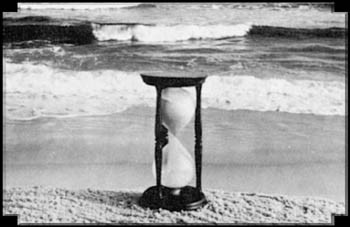 Where to get a gander at great public art

ELEVEN YEARS AGO, artist Dennis Patton was unveiling his newest sculpture: an enormous iron statue of Sir Francis Drake, emaciated and grimacing, that still stands beside Sir Francis Drake Boulevard across from the Larkspur Landing Ferry Terminal. At the public celebration to honor the new installation, Patton was basking in the applause of the assembled crowd when a passing car suddenly slammed on its brakes. Leaning through the window, a man gaped incredulously at the towering 30-foot structure, yelled, “It’s ugly!” and then went screeching off into the afternoon.

“That,” exclaimed Patton, beaming with delight, “is what public art is supposed to do. You may like it or hate it. You may think it’s beautiful, or you may think it’s ugly. But art should always stop you in your tracks and force you to express your feelings about it.”

Well said. And whether we like it or not, there happens to be plenty of stop-’em-in-their-tracks art on public display throughout the North Bay. The following driving-and-walking tour includes only a smattering of these works, but it’s enough to give you a taste of what’s out there.

You might as well start with Sir Francis himself. Located in Remillard Park on East Sir Francis Drake Boulevard at Larkspur Landing, right across the street from old brick kiln that houses the Bolero Restaurant, the rust-covered Drake is a monumental monument to the famous visiting pirate. It’s very tall.

When you follow Sir Francis Drake Boulevard back under and beyond the freeway, you’ll come to the Bon Air Shopping Center in Greenbrae. There at the entrance to the parking lot is another Patton masterpiece, the Sleeping Lady. In the form of a well-endowed, very nude, metal woman, lying comfortably on her back, the controversial statue–which originally provoked cries of objection from offended passersby–is meant to represent none other than Tamalpa, the slumbering princess whose name graces Mount Tamalpais.

If you then travel north on Highway 101, you can wave at Big Pink, the Frank Lloyd Wright-designed Marin Civic Center, as you pass through San Rafael on your way to the Marin Humane Society (171 Bel Marin Keys Blvd., Novato). There in the courtyard is a big stone bear. One of the North Bay’s least-disliked artworks, the Bufano-designed bear is about as cuddly as carved rock can get.

Next stop, Sonoma State University (1801 E. Cotati Blvd., Rohnert Park), where you’ll find the infamous and alarming Bacon and Eggs sculpture, a curvy, towering metallic thingamajig that resembles . . . well, bacon and eggs. Only bigger. A fiendish project of the SSU engineering department, the sculpture is much loved but equally despised and is located between Darwin and Stevenson halls.

Conclude your tour in Santa Rosa at the entrance to the Santa Rosa Mall, where you will come face to face with the Hand. The white marble sculpture is carved in the form of a massive, gently cupped hand, resting pinky-side down on the concrete, looking like the amputated extremity of some clumsy, howling giant.

People frequently pose for pictures beside the Hand, while others stop in their tracks to vociferously hurl names at it.

And that, as Dennis Patton so cleverly remarked, is exactly what public art is for.–D.T.