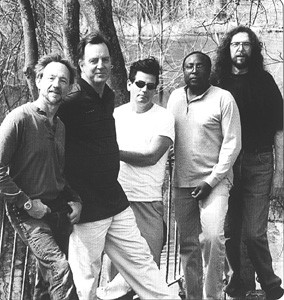 No Monkees business for Peter Tork

Back in the day, Peter Tork graced prime-time television, helped sell millions of records to adoring teens, and partied with the Beatles. Now he’s got the blues–the Shoe Suede Blues Band, to be precise–and he’s having the time of his life.

For the most part, the new band is a straight-ahead blues review in which Tork and friends play everything from Louis Jordan-style jumpin’ jive to Southside Chicago classics popularized by Muddy Waters to recent Bob Dylan tunes to a handful of originals. “And we do play a couple of Monkees songs,” he adds. “You can’t get away from those.”

Tork–an L.A. resident who lived for five years in San Anselmo after he quit the Monkees in 1968–returns to the North Bay on Sept. 28 for a show at the Mystic Theatre. Shoe Suede Blues started out as a casual gig. It’s still casual–and occasional–but the band’s shows and CDs are drawing critical acclaim.

Tork first got involved in the new project a few years ago, he explains, when a friend’s wife asked him to play at a church charity dance. “It used to be something we did once or twice a year, but eventually we realized this is sounding good,” he says during a phone interview from his home. “There’s something special here–there’s a real quality to it.

“We just love that blues bag. I always wanted to play the blues, and now I’m doing it,” adds the former pop star. “I get to play a scorching lead guitar, and there’s not much that’s more fun than that. Of course, what’s really fun is the interaction with the other band members. It’s just glorious. I don’t think I could be happier.”

Happiness is foremost on Tork’s mind these days. Born Peter Halsten Thorkelston, Tork is a Washington, D.C., native who grew up as a home-schooled child proficient on banjo and guitar. During the early ’60s, he moved to Greenwich Village, jammed with members of the Lovin’ Spoonful, and dated Mama Cass Elliot. He later fled to the West Coast in search of fame and fortune. He found both.

In 1966, TV producers Bert Schneider and Bob Rafelson hoped to cash in on the popularity of the Beatles with a TV show that would capture the madcap zaniness of the Fab Four’s musical comedy film A Hard Day’s Night. The producers placed an ad in Variety calling for musicians.

Legend has it that all four band members–bassist Tork, singer Davy Jones, guitarist Mike Nesmith, and drummer Micky Dolenz–answered the ad. Actually, only Nesmith saw the ad; the remaining members heard about the auditions through word of mouth.

The Monkees first aired on NBC in September of 1966 and ran for three seasons. The high-spirited shows featured simple, humorous plots, a light-hearted take on teen rebellion, and pre-MTV musical segments. It didn’t take long before the band was riding high on the charts with songs penned by Gerry Goffin and Carol King, Neil Diamond, Harry Nilsson, and Tommy Boyce and Bobby Hart, the kings of bubblegum pop.

At first, the band members contributed only vocals to their chart-topping singles but eventually gained more control over their own music while crafting a catchy garage-pop sound. It all came to a crashing close after the band’s ambitious 1968 experimental film Head, co-written and co-produced by Jack Nicholson.

Tork, just 23 when he signed on with the Monkees, gives a measured response when asked to sum up his experience with the band. “I did as well as I knew how and have nothing to be ashamed of,” he says. “The most significant thing about the Monkees as a pop phenomenon is that we were the only TV show about young adults that did not feature a wiser, older person. We were out to throw off the shackles of an outmoded authoritarianism that was full of lies–and still is.

“Our music may not have been daring, but the TV show was and deserves at least a footnote in history on that account.”

In recent years, the world has seen the inevitable Monkees reunions–five in the past 15 years. Meanwhile, Tork has appeared in numerous TV shows and films (including The Brady Bunch Movie) and released a couple of well-received solo albums. While he still enjoys working with the Monkees, clearly the new project is his main focus.

“This is definitely a step up because it’s the kind of music I want to do,” Tork says. “The humor and the heart are all there.”