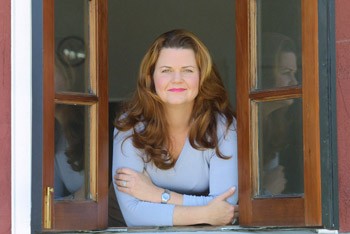 “EVOLUTION is such an imperceptible thing,” says Elly Lichenstein enthusiastically. “Things evolve so naturally, you don’t even notice it’s happening until you stop and look back at where you started.

“Then you think, ‘When did this happen? How in the world have we come so far?’ ”

Sitting at a patio table in the cozy courtyard of the Cinnabar Theater, Lichenstein is talking this morning about the Petaluma Summer Music Festival, a three-week-long annual event that has been evolving for 14 unpredictable years.

Cinnabar Theater, where Lichenstein serves as both artistic and executive director, is the sponsor of the ever-evolving festival. What started as a cheeky plot to slip classical music under the unsuspecting noses of folks who’d never paid it much attention has now become a world-class endeavor.

This expectation-challenging collage of interwoven musical events, performances, operas, and recitals now boasts a small army of visiting musicians from around the globe and our own backyard.

The first Petaluma Music Festival was launched with the best of intentions, recalls Lichenstein, a longtime member of Cinnabar who took the reins at the theater in 1999 when founder Marvin Klebe passed away.

“Our goal was to open people’s minds to our kind of music,” Lichenstein says with a mock-painful grimace. “By which I mean classical, opera, world music. So we brought classical musicians into Petaluma’s bars and drinking spots, hoping to hit a brand-new audience unawares.

“It was a noble failure,” she admits, laughing.

Though the barroom concerts were unceremoniously dropped from the schedule, every festival since has maintained the missionary fervor of that initial impulse. By using various performance venues around the city, the festival continued to pursue its goal of bringing music to unusual places. The Music in the Mansions series, in which local homeowners allowed their houses to be used for recitals, was the evolutionary offspring of the Concerts in the Bars idea.

This year’s festival, running Aug. 4-25, is significantly different from festivals past. For the first time ever, all events will take place at Cinnabar’s headquarters, the renovated schoolhouse that has been the theatrical company’s home base since 1974. While some may mourn the end of the multiple-venue approach, Lichenstein says the move was necessary.

“The Music in the Mansions was very well loved,” she says, “but over the years, fewer and fewer people were willing to open up their houses to us, and festival-goers made it clear that they no longer wanted to attend concerts in the same few mansions, year after year.”

Lichenstein affirms that future audiences will likely see a return to the mansions–or some new version of it.

For now, though, she’s confident that bringing the festival home to Cinnabar is the best move.

“From a musical point of view,” she says, “most of those venues weren’t acoustically to our advantage. We’re working on plans to create new venues in the future, but for now, music sounds best in our space.”

A PEEK at the list of the acts lined up to perform in that space–a charming old place that has evolved quite a bit itself, architecturally speaking, over the last 27 years–reveals a singularly ambitious summer season.

Opera is well represented, starting on Sunday, Aug. 5, with Seymour Barab’s lively children’s opera Chanticleer, based on Chaucer’s tales of the famous rooster and his troubles with foxes.

The festival’s highlight, which Lichenstein rises from her seat to animatedly describe, is a pairing of two operas by Igor Stravinsky: Mavra–which Lichenstein calls “a satiric curtain-raiser”–and The Nightingale, based on Hans Christian Andersen’s classic fable.

“It’s Stravinsky at his lushest,” Lichenstein says. “And this production takes song and dance to a level not before seen here.”

The Nightingale, she adds, speaks to what she regards as a serious social problem.

“Technology is expanding so rapidly, so seductively, that we are losing our connection to what is real,” Lichenstein says. “Like the emperor who could choose to listen to the music of this gorgeous nightingale, but opts for the synthetic music of a mechanical bird, we are losing something vital and beautiful and necessary.”

The two Stravinsky operas are performed together and can be seen on three consecutive Fridays and Saturdays: Aug. 10 and 11, 17 and 18, and 24 and 25.

Lichenstein glows with excitement as she describes each performer, taking special delight in admitting that last year’s appearance by Melody of China exploded her expectations of what Chinese music could sound like.

“This music,” she says, “is so lush and enchanting, I’ll never think of China’s music in the same limited way again. Which, of course, is what the Summer Music Festival is all about to begin with.”

Lichenstein is similarly elated about bringing jazz singer Shane Kelly to the Cinnabar stage on the festival’s opening night. A recent transplant to Sonoma County from Atlanta, Ga., Kelly has been a vital part of the Chicago and Atlanta cabaret scenes. Since moving to California, she has been making a name for herself in San Francisco and the Bay Area.

“She breezed in here one day and blew us away,” Lichenstein recalls. “Before we heard a second of her music we were already in love, thinking, ‘Who is this amazing human being, with this rich head of long red hair and sparkling blue eyes, and this smile from here to Poughkeepsie, New York?'”

Kelly’s music is laid-back jazz blues, with a taste of gospel and a dash of Southern spice that will be appropriately highlighted on opening night by a Southern-style summer dinner inspired by Kelly’s own Southern family recipes.

“I can’t wait [for the concert],” Kelly says, pointing out that a percentage of her CD sales that evening will go to providing scholarships for Cinnabar’s successful youth arts programs.

“Honey, I guess you’d have to call me a traditional jazz singer,” she says, “but with a certain showy flavor all my own. I like really getting inside the lyric of a song, interpreting it as if it was its own story–which, of course, every song is.”