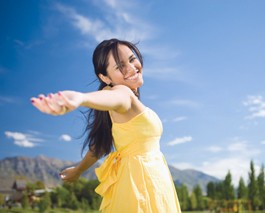 Are you an organic-food true believer? As sales of organic products slow, the organic industry is searching for its first-ever representative, and it could be you. The Organic Trade Association (OTA) and Organic Agriculture and Products Education Institute are conducting a national American Idol&–type search for a regular guy or gal to be their public face. Celebrities need not apply.

As part of its new promotional campaign, the association is soliciting audition videos through May 8 from fans of organics who can state why they think organic food is worth it. The new campaign, surprisingly enough, is called “Organic. It’s worth it.” The OTA is a membership-based business association for the organic industry in North America. The organic institute is the nonprofit arm of the OTA.

To submit an entry, go to the Organic Institute’s YouTube group at www.youtube.com/group/organicidol and upload a 30-second video explaining “the moment you realized organic was worth it.” The organic institute says that it is looking for “heartfelt, creative and quirky videos.” The OTA will consider the top 12 videos with the most views by May 8 as the contest finalists. Then representatives from OTA’s member organizations will select the winning spokesperson whom they will unveil at the All Things Organic show in Chicago, June 17&–18.

While they won’t say it, I believe part of the motivation for the campaign is an effort to shore up the flagging market for organic products in the tough economic climate. Sales of organic products were growing at a steady, 20 percent clip for years, but fell off sharply at the end of last year as the severity of the recession hit home.

According to the Nielsen Company, a market research firm, in the four-week period that ended Oct. 4, the volume of organic products sold rose just 4 percent compared with the same period a year earlier. In 2007, organics saw 27 percent sales growth during the same four-week period ending Oct. 6, 2007. However, the data does not represent organic sales at farmers markets and farms, because these locally made and produced products don’t carry bar codes and aren’t tracked by Nielsen, so the actual sales figure is probably slightly higher.

According to a report in the New York Times last year, the economic crisis has put the organic industry at a crossroads. Although there is a group of core customers who consider organic products a top priority, the sales growth of recent years was driven by a much larger group of less committed customers. The article says the weak economy has prompted many of them to choose which marketing claim, if any, is really important to them. And when push comes to shove, many consumers regard organics as a luxury they can no longer afford.

As a sign of the times, Whole Foods market, the nation’s largest purveyor of organic products, is no longer the Wall Street dynamo it once was. The Austin-based store has seen its stock fall off a cliff from a high of more than $77 in January 2006 to just under $19 last week. The store has long endured “whole paycheck” jabs and a reputation as a luxury market.

That’s just the kind of attitude the OTA is hoping to change with its new spokesperson and campaign. My guess is a fresh-faced (Latina?) woman with young children who gets across a message that organic food and products are not luxuries but part of a healthy, happy life will take the prize. Stay tuned.