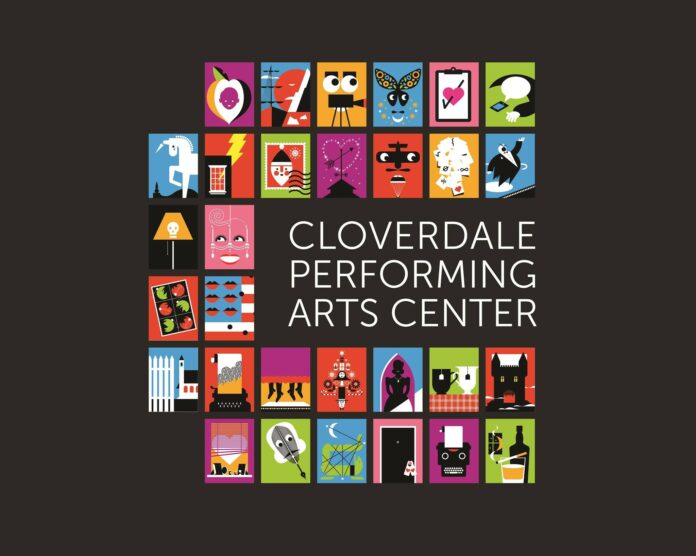 When the Covid-19 pandemic forced North Bay theater companies to shutter their stage productions in March, many theaters took to the Internet to continue their work.

Some have taken to Zoom for live-streaming presentations of their productions, others are putting up videos of past productions for viewing.

The Cloverdale Performing Arts Center is taking a new route for their stay-at-home plans by undertaking a series of social media-based entertainment programs like the center’s online Dead Poets Society, led by Cloverdale native and CPAC resident director Amy Lovato.

“When the theatre shut down, I reached out to the board and Artistic Director Yavé Guzmán, to see what the future held,” Lovato says. “It was hard to hear that the theatre may not survive the shutdown due to cancelled performances and no known date to re-open.”

Lovato teamed up with fellow CPAC director and actor Alessandra Ziviani to think about how they could produce a form of programming for patrons and the North Bay community that would also benefit the performing arts center.

With the board’s encouragement, they went forward with three social media campaigns; “Make-Up Mondays”, which provides theatrical make-up tutorials; “FlashBack Fridays” where the performing arts center posts photos, videos or slideshows of productions from the past and the new Dead Poets Society.

“As far as CPAC’s Dead Poets Society is concerned, we wanted there to be an outlet for the community to express themselves during this time, and poetry is such a versatile piece of art,” Lovato says. “It can be read, performed and interpreted in so many ways. Poetry is also a wonderful form of self-expression, which gives people a way to release pent-up emotions in a creative way; especially during shelter in place, when emotions are running high.”

Already, the poetry series has uploaded dozens of videos on YouTube, where poets and non-poets alike. Participants can recite their own words, or –if they can’t find the words themselves, or aren’t interested in writing their own poetry– participants can choose one of the many poetic works that can be found within the public domain; which is what led Lovato to the name “Dead Poets Society.” Poetry that is not within the public domain is also able to be performed under the principle of fair use.

“Social media is an open platform for sharing creativity and self-expression and the easiest way to reach the community during a shutdown,” Lovato says. “Kim Ziviani, a former CPAC board member, aptly nicknamed our Dead Poets Society artists ‘The Pandemic Players,’ which I thought was appropriate. But, CPAC’s Dead Poets Society is a way for everyone to engage as much or as little as they want.”

Anyone in the community can send Lovato and CPAC any poetry that they would like to see read, or they can participate by sending CPAC their own poetry videos and “check in” at CPAC when they post to Facebook or Instagram. The society encourages participants to base their poems on the weekly themes that the society takes on, with recent themes concerning injustice, love and nature. Those who simply want to watch the poetry videos can easily find them on CPAC’s Youtube, and the other social media programs can also be found on the center’s Facebook page.

“We welcome feedback and invite the community to share their ideas for themes for upcoming weeks,” Lovato says. “When we started we had no idea how long we’d be putting these things together, so it’s definitely a work in progress. We’ve adjusted our schedule a few times, and will continue to do so. We love to see how people interpret the theme each week!”

Lovato adds that the video series’ ultimate goal is to create a continued collaboration with the community, partially to stay relevant during the theatre’s closure, but mostly to give an outlet to those that may want or need one during this time.