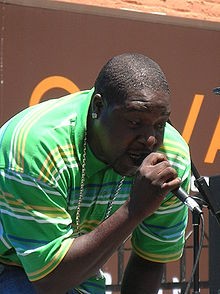 In the early 1990s, there wasn’t much hope for a rapper from the West Ninth Street area of Santa Rosa getting any more exposure than, say, a demo tape booming out of mini-truck subwoofers on the Mendocino Avenue cruise. So it was a pretty big deal when Ray Luv got signed to Atlantic Records for his 1995 magnum opus Forever Hustlin’. Peppered with references to his hometown and what came to be known as the Link Crew, after Santa Rosa’s Link Lane neighborhood, the album hit No. 39 on the Billboard charts and gave Ray Luv a career that’s grown to include work with youth outreach programs. This weekend, he appears with Santa Rosa’s latest major-label hope Nikki Bates, whom locals may know from fronting the bands Bomb Squad 707 and Indulgence, and whom Hollywood knows as the new kid in town with a Universal Records deal. It’s goin’ down on Saturday, Oct. 9, at the Phoenix Theater. 201 E. Washington St., Petaluma. 8pm. $10. 707.762.3565.