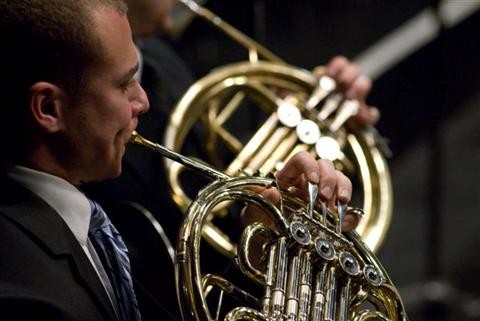 When Santa Rosa Symphony conductor Bruno Ferrandis took over the orchestra baton in 2006, he arrived with an undercurrent of the modern avant-garde, professing a love for both Björk and modernistic composer György Ligeti. Lately, his programs have featured the great Luciano Berio, a composer who Ferrandis himself studied under. For this weekend’s opening program, with guest violinist Dmitri Berlinsky performing Paganini’s Violin Concerto no. 1 and the orchestra performing Respighi’s Fountains of Rome, Ferrandis slips in Berio’s Rendering. Based on sketches Franz Schubert left behind for an unfinished symphony, Rendering acts as a classical-music remix ahead of its time. The whole set begins with Verdi’s Force of Destiny overture when the new symphony season begins on Saturday–Monday, Oct. 9–11, at the Wells Fargo Center. 50 Mark West Springs Road, Santa Rosa. 8pm Saturday and Monday; 3pm Sunday. $28–$55. 707.546.8742.

Sept. 15: Caravanniversary at the Headlands Center for the Arts