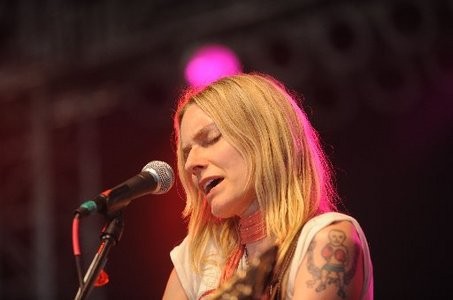 Since bursting into wide acclaim by scoring that scene of frogs in Magnolia falling inexplicably from the sky to their deaths on asphalt roads and car hoods, the thoughtful songwriter Aimee Mann has released some fantastic albums, campaigned against illegal downloading, made fun of musicians who smoke too much weed and made celebrity gossip headlines by criticizing, via Twitter, rapper Ice-T’s acting abilities on Law and Order: SVU. (Ice-T tweeted back, suggesting that Mann consume a large item of dining ware containing an unspecified amount of male genitalia. Just like you’d think Ice-T would!) Mann appears this weekend on a double bill with the erudite pop singer Michael Penn, who married Mann in 1997 and appears to have no public opinion on Ice-T, on Sunday, Oct. 10, at the Uptown Theatre. 1350 Third St., Napa. 8pm. $34–$44. 707.259.0123.