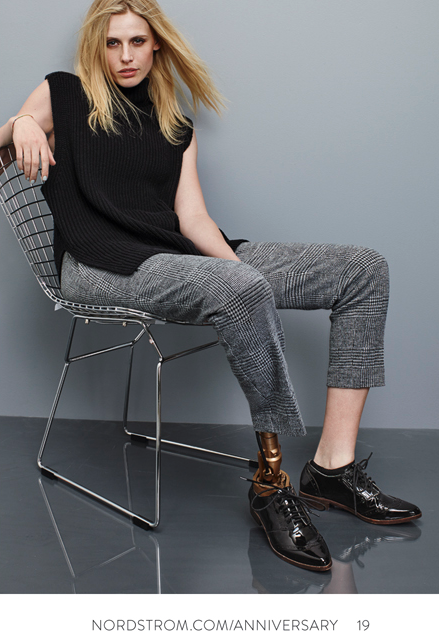 Trump has offered very little to the average fashionista—that is, until the nationwide clothing-and-retail giant Nordstrom announced, on Feb. 2, that it was dropping Ivanka Trump’s clothing and shoe line. The move, which Trump said in a tweet was “so unfair,” was reportedly unrelated to politics, but rather to the fact that sales of Ivanka-wear plummeted last fiscal year, with the biggest losses taking place in October. The timing of the decision to drop Ivanka, however, was dire, and speculation about the real reason was inevitable.

On a clear-skied Monday, the Nordstrom at Corte Madera’s Village Shopping Mall was quiet and peaceful, almost impossible to associate with anything Trump. California was generally against the current president, voting overwhelmingly blue and sprouting protest after protest after the election results settled in. Would anyone at an average Marin County Nordstrom’s care about the big drop in sales of Ivanka’s line?

“Do you have any Ivanka Trump apparel?” I asked an unassuming elderly saleswoman in the evening-wear department, after a short search online yielded images of black lacy shifts and business-like wrap dresses. The sales rep, who had just complimented my vest, now looked at me with piteous disapproval. “We never had those,” she says, desperately. When I show her the images on my phone, she recovers her memory. “We hadn’t had the clothes for a while, but try the shoes,” she offers. Another sales rep then approached to see what the conversation was all about.

“Trump?” She smiled faintly. “Maybe some shoes are left, they removed everything with Nordstrom’s new policy.” I asked why and the woman, who had a Russian accent, gave a brave answer. “It’s because of her association with her father, which I think is a stupid business decision.”

“No, no,” the first lady chimed in. “I spoke to some managers here and it’s because the sales weren’t doing good.” A groomed middle-aged shopper overheard the exchanged and added, “I wouldn’t buy her stuff anyway, the styles are so severe and uptight!” That shopper refused further comment.

Down in the shoe department, I approached a young sales assistant of Filipino heritage, chatting happily to a fellow employee. But once Ivanka’s name comes up, the smile is off—the official voice is on. “There will be some shoes on sale, but the sale is only displayed on Feb., 16,” the assistant said. “Would you like me to dig some up from storage for you?”

Something tells me Ivanka would not like this option. I politely refused and inquired “what happened?”

“The sales weren’t doing so well so we dropped the line, but once she comes up with some better styles we might bring it back,” the girl declares forgivingly, reciting a memorized script.

“We’ve had ups and downs with all of our lines.” The response is nearly as uptight as Ivanka’s dresses, and it’s nearly impossible to decode her true sentiment. Is she, like the Russian lady upstairs, feeling for Ivanka, a possible victim of a politicized fashion game? Did she vote for Ivanka’s dad or, like many Californians, for the sane alternative? At Nordstrom, the blossoming smell of perfume and the soft music scrambles all options into a pleasant, escapist blur—now, completely Trump-free.