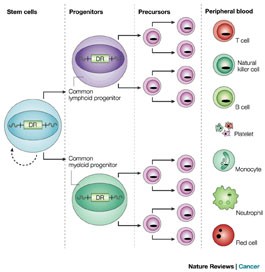 No Cure for the Cure

Chemotherapy drugs can work wonders for cancer patients, but what might they do to the rest of us?

What is that stuff?” Jim Mulowney wondered as he watched a hazardous waste crew disposing of used medical syringes. The only answer he got was, “It’s not regulated.”

More specifically, he learned that the syringes had held a chemotherapy drug, also known as a mutagen. So Mulowney read through the material safety data sheet for the drug, and he recalls, “The side effects said, ‘May cause cancer. May cause heritable genetic damage.’ And then, ‘May cause harm to the unborn child.’ I went back to the guys who were breaking the syringes and said, ‘You’ve gotta stop doing that.'”

Then, with a curiosity informed by a chemistry degree and 20 years in the hazardous-waste-disposal business, Mulowney checked out the Occupational Safety and Health Administration regulations for such drugs. “I was in disbelief,” he says, still incredulous three years later. “The people who manufacture them are basically in spacesuits: Level 1 containment, zero exposure allowed. And then the chemical is shipped to the pharmacy and the pharmacist is in a Level 3 biological safety cabinet, as if you’re handling anthrax. And once it’s done,” he shakes his head, “it’s thrown away.”

The drugs in question are known as cytotoxins, developed specifically to break through the wall of a cancer cell, attack the DNA inside and break off chromosomes so the cancer cell cannot reproduce. “These chemicals work on every cell, not just cancer cells,” Mulowney cautions, adding that they are also administered in extremely small concentrations, some as low as a “nanogram per liter, a part per trillion” solution.

And just like virtually all other medicines, not all of the active compound is used within the patient. If 10 percent of the material or less is absorbed by the body “and your hair falls out,” he says, “you should be concerned about where the rest of the material goes.”

That’s not limited to flushing the toilet. “A patient on these drugs, it’ll come through their skin, and they can actually breathe it out. It’s excreted through your hair and through your sweat glands. Some of the greatest exposure to these cytotoxic drugs is to the people doing the laundry from the hospitals.”

Of course, today many cancer patients take their chemotherapy doses at home.

“It’s a worldwide issue,” agrees Lynn Small, deputy director of environmental services for the city of Santa Rosa, adding that although some studies are under way, currently there is “no capability for monitoring” these medicinal compounds in wastewater flows, both before and after treatment.”The other side of this story,” Small continues, “is what are the impacts of those compounds in (a) the human body or (b) the environment, the water supply and the ecosystem? There’s a broad base of knowledge that’s just missing at this point.”

Dr. Shane Snyder is a longtime researcher for the Southern Nevada Water Authority in Las Vegas who now is co-director of the University of Arizona’s Laboratory for Emerging Contaminants. “Our analytical capabilities allow us to detect almost any chemical that we can imagine, anywhere on the planet,” Sydner told the Santa Rosa Board of Public Utilities last week. “What really matters is how much we’re exposed to and [how that impacts] our health.

“I don’t think the public’s concern about pharmaceuticals is unwarranted,” he said after the meeting. “Any time we hear about a bioactive substance that’s detected in water, we should be concerned. What I also promote is a better understanding of what these concentrations mean.”

That’s exactly what worries Dr. Fred Corson, chairman of the Clean Water Coalition of Northern Sonoma County. “People talk about pharmaceuticals not being a concern in wastewater because their doses are so low and they’re extensively studied for toxicity” at the drugs’ prescribed doses, he says. Corson argues that there is a critical distinction to be made “between acute toxicity and chronic toxicity.” Cytotoxins and other pharmaceuticals “may well have chronic human health impacts at very, very low levels that haven’t been studied or evaluated yet,” he says.

“There’s no doubt that these cancer-treatment drugs are among the most toxic chemicals produced as human pharmaceuticals,” concurs Snyder. “However, in the limited studies I’ve seen, they haven’t been detected in water. Our team has looked for a subset of chemotherapy drugs, and we did not detect them. However, we’re not sure if we had the right ones or not.”

That’s part of the problem, says Mulowney, noting that water regulators have identified about 200 potentially hazardous pharmaceuticals, cytotoxins among them. The issue is so critical that, for the first time ever, he says, the DEA and the EPA are working together to address it.

“I’m not trying to scare people,” Mulowney insists. “I’d like to sugar-coat it, to tell you every scientist I’ve talked to has told me I’m crazy. They just shake their heads and go, ‘Yeah. You’re right.'”