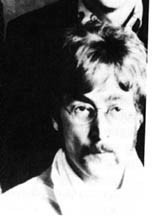 Important events as reported by daily newspapers and summarized by Daedalus Howell.

This month’s Petaluma Post features a photograph of local columnist and peopleologist Bill Soberanes with the Beatles in a “World’s Championship Wristwrestling” insert (another photo of the Fab Four sans Bill adorns the Post‘s cover). The relevance of the photograph’s prominent display is clarified by a terse caption suggesting that John Lennon might have queried ye olde newshound about wrist wrestling. The timely and ever-market-savvy Post (the surviving Beatles just released their collective autobiography, to the delight of fans rabid for Beatle-related coverage) has revived the persistent “Bill is dead” rumor that has repeatedly dogged the reporter’s career despite his regular column in the Argus-Courier and reprints in the Petaluma Post. Other Beatle-related hearsay has it that the foursome refers to Soberanes in their song “Lovely Rita,” in which Paul McCartney croons, “Got the Bill and Rita paid it.” Many believe this is a reference to an oft-cited notion that Soberanes penned many of the Beatles’ hits and was paid for his silence. Among Soberanes’ alleged contributions to the Beatles oeuvre are “With a Little Help from My Friends” and “Everybody’s Got Something to Hide Except for Me and My Monkey.”

The Marin Independent Journal reports that the Marin County Sheriff’s Department purchased 26 guns during Marin City’s first anonymous gun buy-back event. Only six of the guns were from Marin City, However, rifles and handguns from all over the county got swapped for $100–cash. Many of the handguns were illegal junk guns, according to Deputy Sheriff Robert Crowley, who did not indicate how citizens maintained anonymity without wearing, say, ski masks or pantyhose on their heads. “[The event] gives people who want to get rid of guns legitimate ways to get rid of them,” said Sgt. Scott Anderson. It also gives those hawking stolen weapons an easy fence. Authorities were mum about whether a methamphetamine buy-back program is in development.

Speaking of low-grade speed, a federal law enforcement vehicle parked in a tony eastside Petaluma neighborhood was burglarized last week, reports the Argus-Courier. The laundry list of stolen items includes one .223-caliber assault rifle, 100 rounds of .223 ammunition, one ballistic vest, one portable two-way radio, law enforcement clothing, one laptop, several duffel bags chock full of law enforcement equipment (handcuffs and a night stick?), and the self-respect of the agent who left the car in East Petaluma. (As Slim Pickens would say, “A guy could have a pretty good time in Vegas with all this stuff.”) Police officers located some of the loot at a nearby creek. However, the assault rifle, ammunition, ballistic vest, radio, clothing, and computer remain with a nocturnal hoodlum in a neighborhood near you. Police did not indicate why the vehicle was parked where it was, though residents living near the 500 block of Albert Way are advised to flush their stashes.

Santa Rosa bail bondsman Tom Doerpinghaus and a burly bounty hunter apprehended Howard B. Johnson, described as a “career con man” (as opposed to a freelancer), in Sonoma County last summer, reports the local daily. The charismatic Johnson was wanted in a half-dozen California counties, as well as in Missouri on a multitude of fraud charges. After his arrest, Johnson conned Doerpinghaus into putting up the $715,000 bail bond to spring him, whereupon he disappeared. Doerpinghaus says the 10 percent fee he would have made on the bond made him greedy. It also made him a contender for the Bohemian‘s Bungler of the Year Award. “Up and down the state, all these sheriff’s office detectives were saying, ‘We need this guy. Get him off the street,’ ” Doerpinghaus said. “I can’t tell you how upset they were when they found out I bailed him and let him get away.” Johnson was recaptured by authorities and is in the Sonoma County Jail–without bail.

Neighbors of a Union 76 gas station in the Bon Air Shopping Center in Greenbrae oppose the station’s plan to open a mini-mart selling wine and beer, according to the Marin IJ. The owner of the station, Dennis DeCota of Novato, submitted his plan to the Larkspur Planning Department but did not confirm if the new establishment will be called the “Booze ‘n’ Cruise,” “The Bottle ‘n’ the Throttle,” or “DeCota’s Molotov Cocktail Party.” Diane Dresser, a member of the Greenbrae Homeowners Association said, “It is my belief and the feeling of many concerned citizens of Greenbrae that the sale of alcohol and gasoline is a bad mix.” Indeed, one should never mix liquor and gas, or for that matter any other controlled substance and gasoline for fear of hangover.

Slow News Week: The Napa Valley Register staff must be praying for another temblor. The Oct. 17 edition included a handful of car crash stories and this insightful piece on carrots, allegedly tied to, ahem, “a 24-carrot meal.” The story appears not once but twice on the publication’s website. Here’s what you missed: “Consumed by man and beast for at least 2,000 years, the carrot is a sweet, intensely flavored root vegetable whose origin can be traced to Eurasia. A member of the parsley family, the carrot is kissing cousin to the parsnip and fennel bulb, as well as the herbs angelica, cumin and dill. Although wild carrots have been part of man’s diet since ancient times, it was not until the 18th century that a seed house in France began selection and breeding of carrots for vegetable production, settling on the fleshy orange root we enjoy today.”

Try to contain your excitement.