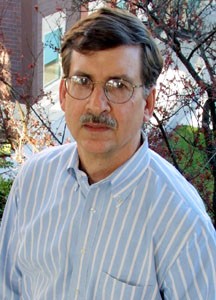 Living-wage advocates get to work

THE SONOMA COUNTY Living Wage Coalition is ready to make its first bid at a municipal ordinance establishing–what else?–a livable wage in Santa Rosa. The coalition will present its case on Tuesday, Oct. 23, at 4 p.m., to the Santa Rosa City Council. Supporters of the measure–including the Sonoma County Council on Aging, the Sonoma County Peace and Justice Center, the North Bay Labor Council, and Women in Action–have fashioned the living-wage ordinance on similar measures adopted in San Francisco, San Jose, and Santa Cruz, which now require contractors and subcontractors doing business with those cities to pay workers $15 an hour, plus benefits.

As a member of the coalition organizing committee, Marty Bennett–a history instructor at Santa Rosa Junior College–is helping to organize a phone bank on Oct. 14 and 24 to educate the public about the movement and invite new organizations to join the coalition.

“We’re in the process of crafting living-wage ordinances for Petaluma and Santa Rosa and will be working with those two city councils as we proceed,” says Bennett. “Over time, we will go from one municipality to the next, and ultimately we’ll go to the county Board of Supervisors.”

Petaluma Vice Mayor Janice Cader-Thompson says that while she is concerned that the new council majority will not support such an ordinance, she fully embraces it. “If we just look at the cost of living in Sonoma County, we should see it’s something we need to address–it’s not possible to live and work in this county at a minimal wage,” she says. “I think it’s important for this issue to come to the forefront.”

Bennett believes the time is ripe for building a local living-wage movement at the grassroots level for several reasons. “This movement is sweeping the country,” he says, noting that more than 50 cities and counties in the nation have passed similar ordinances since the movement began in the 1990s.

Here’s mud in your eye: The feds are taking another look at a controversial pepper-spraying case. The U.S. Supreme Court last week ordered the 9th U.S. Circuit Court of Appeals to reconsider its ruling that lawsuits can be filed against law enforcement officers who dabbed liquefied pepper spray directly into the eyes of logging protesters at the office of Rep. Frank Riggs in 1997. In a lengthy court battle, a federal judge had ruled that the spray caused only “transient pain,” but the appellate court decided the unusual tactic–in which police filled Dixie Cups with liquefied pepper spray and then dabbed it directly into the eyes with cotton swabs–constituted a breach of ethics and made police liable for damages. The U.S. Supreme Court wants a second ruling, noting that a separate case–stemming from a demonstrator pepper-sprayed by federal agents guarding then Vice President Al Gore–may have set the precedent for protection of law enforcement officials who use the chemical weapon in the line of duty. Attorneys for the demonstrators argue that the protesters posed no threat, unlike the man who was pepper-sprayed in the Gore case.