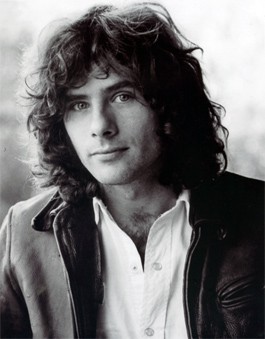 For more than 30 years, Evy McPherson has kept the boxes. “Anyplace I lived, anywhere I went, they always went with me,” she says. “I kept them safe all these years.”Their contents? Precious, irreplaceable tapes recorded by her late husband, a highly regarded Bay Area songwriter who died in 1975—tapes that have now emerged from those boxes to become the new CD, A Promise Kept, the showcase for his music that Jim McPherson always wanted but never saw.

“Probably about a month before he passed away, he was pretty upset that from his perspective, he felt that he didn’t have a legacy to leave,” Evy recalls. “From my perspective, he had all this music. But to him, he didn’t have his own album done, so I made a promise that I would finish it for him. And I knew I would do it. I just didn’t realize it would take me all these years to do it.”Jim McPherson was a Chicago native who studied violin as a boy and had a solid command of multiple instruments by the time he landed at San Jose State in 1964. There, he anchored locally popular bands the Trolls and Stained Glass, playing bass and writing most of their original material before drifting north to Marin County, where he met John Cipollina. He soon joined the former Quicksilver Messenger Service guitarist’s new band, Copperhead.

Despite immense potential and a growing reputation as a live act, Copperhead disintegrated soon after recording their only LP, a respectable major label release that got scant promotional support. At that point, McPherson turned his attention to the creation of a solo record, and began a series of low-key sessions with Mickey Hart at the Grateful Dead drummer’s Novato ranch.”Jim was my best friend, and he lived with me there and that’s what we did,” Hart recalls. “He worked out all of his songs and I learned how to record. [The sessions] were really very loose, mostly just me and him.

“I loved McPherson’s voice. He could sing, he could write, he could play piano, he could play bass, play guitar. The one good thing was, he couldn’t play drums,” Hart adds with a low chuckle. “Jim just liked to play and find those beautiful places. There was no hurry.

“And they just turned out real well.”

But at the same time, McPherson’s health began to decline. After a visit to an acupuncturist (not then legal or regulated in California), “we wound up getting hep B,” Evy says quietly. “My body made antibodies, but Jim’s never did.” He succumbed to liver disease a few months later, and his tapes went into their boxes.

Half a lifetime later, digital technology provided an opening. Evy was led to ace engineer Tom Size, who digitized and polished the old tapes, and two old musical friends, Bobby Vega and Pete Sears, replaced bass and organ parts on a couple songs that had not survived the intervening years. The result is a warm, assured collection of 11 of McPherson’s songs that range from introspective balladry to tuneful pop to rollicking full-band romps.

Even though many of the original takes were meant just as demos for McPherson’s songs, Mickey Hart has “no doubt people would have picked up on the songs and covered them,” had they been circulated before now. “He would have turned into one hell of a songwriter if he were alive today. I mean, he was just starting to feel liberated from his past when we were together.”

For Evy, who served as executive producer, completing the CD represents a different sort of liberation. “I didn’t realize modern technology had to catch up with me,” she marvels. “Now it’s amazing what was able to happen. I just always loved his music, and now it’s better than ever.”

An impressive list of McPherson’s former musical partners and admirers will assemble for a one-time CD release party in Mill Valley on Oct. 1, a cast that includes Sears, Vega, David Freiberg (with whom McPherson wrote the Jefferson Starship hit “Jane”), Nick Gravenites, Prairie Prince and many others.

“This is so much more than I ever thought,” Evy McPherson says, haltingly. “When you make a promise . . . you gotta keep your promises.”