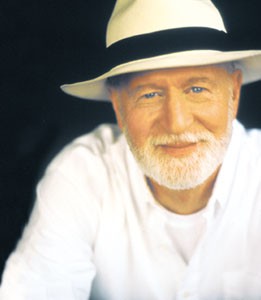 Mose Allison slips into the Mystic

“Y OU KNOW, I used to joke in interviews, whenever a reporter would ask me how long I’m going to keep playing music, that I’m going to get myself a Gray Panthers punk-rock band and retire in Arizona. So I wrote that into a song lyric once,” says 73-year-old jazz great Mose Allison, in a rich Southern drawl, during a phone call from his Long Island home. “Then I found out that there already is a Gray Panthers punk-rock band in Arizona. It’s called One Foot in the Grave.

And “the weird stuff” has come steadily over the years. Allison, an unflappable Mississippi native, is known for a laconic wit that fans revere for its hipster philosophy but that some critics confuse with cynicism. “It’s erroneous,” he says of that perception. “They don’t get it. My songs usually have a joke in them. To me, it’s a form of humor. A lot of them are ironic–the ironic couplet, that’s my staple weapon.

“But cynical is the last thing that I am.”

You need only listen to the newly released The Mose Chronicles: Live in London, Vol. 1 (Blue Note), his latest–recorded last year with bassist Roy Babbington and drummer Mark Taylor–to grasp his point. It’s an energetic showcase for Allison’s trademark laid-back phrasing and sly wit, with songs ranging from his own “If You Only Knew” and “Everybody’s Crying Mercy” to J. D. Loudermilk’s “You Call It Jogging” and Willie Dixon’s “I Love the Life I Live.”

His patented lyrical twists have earned Allison–who last year marked his 50th anniversary as a performer–a loyal cadre of fans, including some of the music industry’s biggest names. In 1970, the Who included his anthemic “Young Boy Blues” on their classic Live at Leeds (MCA)–one of just a few cover tunes the iconoclastic British rockers ever recorded. Indeed, the list of those who have tapped the Mose Allison songbook is impressive: Bonnie Raitt (“Everybody’s Cryin’ Mercy”); John Mayall (“Parchman Farm”); Van Morrison (“If You Only Knew”); the Clash (“Look Here”); and the Yardbirds (“I’m Not Talking”), among others.

“My songwriting just sort of develops little by little,” Allison muses when asked about his gift. “I might write a song when I can’t sleep one night. Or I might finish another. It’s just a matter of accumulation and pulling them together.”

AS THE SON of a stride-jazz pianist, Allison took up piano lessons at age 6. In the backwater town of Tippo, Miss., he was immersed in jazz and country blues. While he’s lived on Long Island for nearly 40 years, he has retained a Southern state of mind–a condition that is evident in his breezy musical style.

“Oh, some of the things that come with [being raised in the South] are the ironic comment, the exaggeration, the understatement,” he says. “That’s just part of the way people think and speak down there, particularly in the rural areas.

“So I catch myself thinking in the idiom of my ancestors.”

He still credits the black country blues singers heard blaring on the jukebox at the small gas station near his home as among his major influences.

His first gig was playing six nights a week at a club in Lake Charles, La., in 1950. Drawn to the work of jazz pianists Nat Cole, Bud Powell, John Lewis, and Al Haig, Allison soon found himself playing with some of the fastest rising stars in the jazz world. In 1956, he moved to New York City and began playing piano with some of the emerging “cool” jazzmen, including sax players Al Cohn, Zoot Sims, Stan Getz, and Gerry Mulligan. “We used to call them ‘Lesterians,’ ” he says of those reedmen. “That was the swing thing and that was my primary motivation. I never wanted to know if a guy was a good technician or could play a lot of notes–I wanted to know if he could swing.”

It was a heady time–bohemian poets, modern artists, and even Beat writer Jack Kerouac dotted the audience at those gigs (Kerouac later recorded with Cohn and Sims), but Allison didn’t run with that crowd, preferring to stay close to his Southern roots when it came to songwriting.

The following year, Allison began singing and started his own combo. He quickly became known for his understated, idiosyncratic style that the Rough Guide to Jazz has called “a sophisticated and wry form of self-communion” and that remains his signature.

“The media like to make a big deal about me being there at the birth of the cool, but just about every good jazz player blows hot at one time and cool at another,” he laughingly says. “But I came up through the bebop era and trying to be as hip as possible and all of that. That was just part of the process of growing up as a jazz musician in America. The thing about me is that I really wanted to use the music I had heard while growing up in the South and mix it in with modern jazz.

“If I had any individuality, that’s what it was based on.”

And he has refined that blend in a manner that has earned him the title “King of Cool.” “I tell everybody that if I was in this for the money, I’d be in trouble,” says Allison, who still tours extensively and remains a legend in jazz circles. “I still get gratification out of a good performance. That’s one of my rules: a good performance is its own reward.”