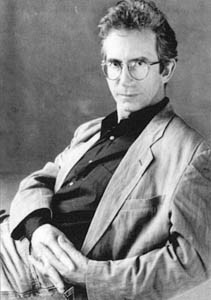 ‘True History of the Kelly Gang’ brings legend to life

A MURDERING bandit to some, he was a folk hero to others. Driven to crime by an oppressive government, he robbed the obscenely rich and gave to the piteously poor. Hunted by hundreds of armed men, he made his brutal pursuers look laughably inept.

Robin Hood? Zorro? The Zapatista’s Subcommandante Marcos? Funny–isn’t it?–how this description seems to fit them all. Born from fact or fiction (or a fertile marriage of the two), the heroic outlaw may be the most potent, persistent figure in popular mythology.

But Peter Carey (Oscar and Lucinda) doesn’t seem interested in myth-making. True, the Booker Prize-winning author’s latest novel, True History of the Kelly Gang (Knopf; $25), tells the story of Australia’s most famous folk hero, a poor Irish farm boy who led a small gang of rebels against the might of Her Majesty’s Government. But the triumph of Carey’s book–narrated in the outlaw’s own unpolished words–is that Ned Kelly comes out looking like a human being instead of a legend.

“Let me read your history,” a prim schoolteacher turned hostage begs, after he realizes Kelly has written down the story of his life. “It is too rough,” the outlaw replies. “It is history, Mr. Kelly,” the teacher responds. “It should always be a little rough–that way we know it is the truth.”

Forget Zorro, forget Robin Hood: Carey’s Kelly has his feet firmly rooted in the clay. True History of the Kelly Gang may be a tale of heroism, but it’s a believable heroism, filled with rebels hooked on opium, bushrangers with bad bowels, and a fearless leader of men who is, at heart, a momma’s boy in the Oedipal sense of the phrase. The outlaw stumbles almost accidentally into his epic conflict with Australia’s ruling class in Carey’s version of events.

Or perhaps we should say Ned Kelly’s version, for this chronicle purports to be written in the outlaw’s own hand. Carey’s attempt to slip into Kelly’s 19th century skin could easily have gone badly wrong. And, at first, there is something precious and artificial about the narrator’s neglect of punctuation and constant use of the word “adjectival” in place of curse words.

But like other tricks of Carey’s craft, these quickly grow on the reader: Kelly’s voice feels so authentic precisely because of Carey’s care with such details.

Despite Kelly’s rough grasp of punctuation and grammar, he proves a skillful narrator, as in this passage about his gang’s failed attempt to bloodlessly capture a band of policemen sent to kill them all: “The 2nd policeman were Scanlon he spurred his horse forward firing at me as he done so. My gun responded and Scanlon lurched on to his horse’s neck and lay there motionless. The Spencer clattered to the ground then Scanlon’s body followed it were as lifeless as a bag of spuds. Events continued without relent Dear God Jesus it were a sorry day.”

Carey, of course, has an agenda–and it goes beyond his obvious sympathy for the outlaw. Carey’s Kelly, it’s clear, is at his most heroic when he attempts to write his own account of the events in which he is enmeshed.

Did Kelly really make such an attempt? Maybe not, but that’s irrelevant: Carey’s aim is to rescue the man behind the myth from both those who revile him as a murderer and those who worship him as a hero. And in that, True History of the Kelly Gang is profoundly successful.