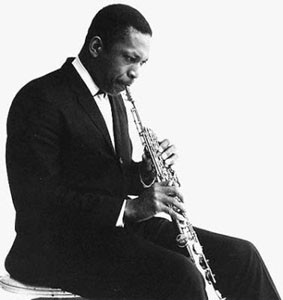 It’s been a banner year for jazz reissues. In January, filmmaker Ken Burns unleashed his monumental, episodic jazz documentary accompanied by a hefty companion book and a celebrated CD reissue series. In the spring, Sony/Legacy and Fantasy Records marked the 75th anniversary of Miles Davis’ birth with a flurry of CD anthologies, previously unreleased recordings, and reissues. And, this summer, three essential Thelonious Monk multi-disc collections hit the stores.

Miles Davis: The Complete In a Silent Way Sessions (Sony/Legacy), a three-CD set, traces the evolution of the landmark 1968-69 recording sessions that spawned the seminal fusion jazz album In a Silent Way, a still rewarding atmospheric recording.

Packaged in a handy 4-by-5 inch hardbound portfolio, the set includes an exhaustive collection of essays and liner notes detailing the 17 tracks that gave birth to a new sub-genre of sometimes magnificent, often maligned imitators.

While we’re not privy to the behind-the-scenes musical directing of bandleader Davis, the sessions are a rare glimpse into a six-month period that saw phenomenal artistic growth and led to one of the most radical shifts in American popular music in the late 20th century.

Live Trane: The European Tours (Fantasy/ Pablo) offers a similar view of musical giant John Coltrane at a major artistic turning point in his career. The newly released seven-CD set, most of which is available for the first time on a domestic recording, captures saxophonist Coltrane during three pivotal European tours between 1961 and 1963.

At the time, Trane was still recording mostly blues-based ballads for the Pablo label under the guidance of producer and promoter Norman Granz (the visionary impresario who died last week at his home in Switzerland).

But these discs reveal the burgeoning artist who would later set the music world on its ear with a series of innovative improvisational recordings that would culminate a few years later in the astonishing A Love Supreme.

Coltrane’s version of the film hit “My Favorite Things” appears no less than five times here, each take presenting a fresh vehicle for Trane’s unswerving explorations.

While the recording quality is impeded by misplaced mics and other staging problems, the sheer musicality and excitement of these performances more than makes up for any sonic shortfall.

Lady Day: The Complete Billie Holiday on Columbia (1933-1944) (Sony/Legacy) suffers from a couple of shortcomings. First, the voluminous 10-CD set is big and clunky–a 12-by-12 inch hardcover portfolio that doesn’t fit easily into a CD library. And the massive 120-page booklet–which includes a lengthy essay by music critic Gary Giddins (of Ken Burns’ Jazz fame)–incorrectly lists the date of Holiday’s death in one instance.

Yet the music itself–from a swinging 1933 date with the Benny Goodman Orchestra to a rare 1944 V disc (issued exclusively to overseas military personnel) with pianist Art Tatum–is a completist’s dream.

Of course, people like to make a big deal out of the extreme change in Holiday’s vocal style after her heroin addiction kicked in and her subsequent arrest and incarceration for drugs in 1947. And it’s arguable that she was a singer in the early years and more of a boozy song interpreter in the later period. But these recordings–which include several master takes previously unreleased in the States–are filled with often sassy, always soulful flair.

Did Billie Holiday ever record a bad track? If she did, you won’t find it on these essential recordings.