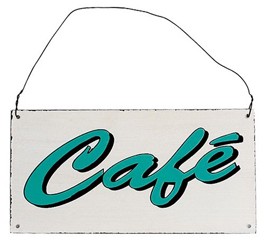 I t was a rain-puddley morning last week at Marvell’s Cafe, where owners Don and Marvell Cox had just received a 30-day eviction notice after 16 years of serving up no-frills roadside grub to Santa Rosa’s working class. Regulars at the iconic restaurant, which earned a special mention in the Bohemian’s Best Of issue earlier this year, were outraged at the landlord’s proposed 280 percent rent increase, a burden that the restaurant’s historically low prices ($3.45 for a hamburger, $4.25 for a BLT) cannot bear. Opinions from the regulars, as ever, were slung over eggs and hash.

“What are they thinking?” exclaimed Ron, a truck driver with a salt-and-pepper beard. Ron said he discovered Marvell’s after searching high and low for “the little shacks, sometimes leaning or run-down, that say ‘Cafe.’ It’s always the best food,” he said. “It’s nice to see an egg being cracked onto a grill instead of being poured out of a carton. I hate that!”

Willie, a retired auto mechanic with a wiry beard and a black leather golf hat who’s been coming here for seven years, nodded in agreement. “I’ll tell you this about Marvell’s food, it’s consistent and good,” he said. “Meat and potatoes, bacon and eggs. It’s always wholesome, something to eat.”

Marvell, who’s been in the restaurant business ever since working at Santa Rosa’s Sunnyside Farms as a 17-year-old in the early 1950s, is looking for another location; she damns the idea of retiring to a life of yard work and sewing. “I don’t wanna get old!” she said, taking a break from the crossword puzzle. “It’s boring! We had three days off over Thanksgiving and we were bored to tears!”

From the back room, Don brought out a copy of Marvell’s cookbook. Twenty-eight of her hard-working recipes call for tuna; many others use basic staples like cream of mushroom soup, ketchup, American cheese and macaroni. “Each recipe serves four or five,” states the intro, “six if the children are small.” One of her personal favorites, tamale pie casserole, is larger and feeds 10 (“Or three truck drivers!” laughed Ron). Even if you can’t eat at her counter, you can still taste Marvell’s food.

salt and pepper to taste

Marvell’s Cafe is located on Barham Avenue, between Santa Rosa Avenue and Petaluma Hill Road, next to an auto shop and a dive bar. Its last day in business is Dec. 21.