.Wine Tasting Room of the Week

On the Edge Winery 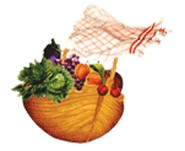 As slow foods go, wine is a contender. After a long growing season, fermentation, a year in the barrel and another in the bottle, it needs, they tell you, another five before you may really enjoy sipping it leisurely. The Slow Food USA movement marched a few wine grapes onboard its “Ark of Taste,” a project to highlight heritage foods and shelter “endangered tastes” through the storm of corporate standardization. Charbono has been voted onboard the Ark because it makes a one-of-a-kind wine that is uniquely companionable with food, and it’s holding on to a mere 84 acres.

Like Zinfandel, Charbono (“shar-BO-no”) was a humble 19th-century immigrant that found its sweet spot in California. Unlike Zinfandel, it never made the big time. Mistaken identity was one problem. Often grown as Barbera, it was also thought to be Dolcetto or sometimes Pinot Noir, and it may or may not be Bonarda in Argentina. UC Davis researcher Dr. Carole Meredith found that it is identical to Corbeau, an obscure blending grape in the French Alps. Duxoup Wine Works’ Andy Cutter hints that it’s older yet—Pliny the Elder mentioned the grape 2,000 years ago. After two weeks in Italy tasting Dolcetto, Cutter says, “There was nothing that would in the least make me suspect that they were anything but maybe distant relatives. That is with Charbono being the great, great grandpa.”

What is so enticing? Having tasted three examples, I can say that it is aromatic, charming and warrants further study. Just by being itself, Charbono makes what vintners of other varietals do somersaults trying to achieve. It’s a dark, purple-hued wine with aromas of berry, plum, leather and a hint of wild grape. You expect a powerful, tannic wine and are in for a mid-palate surprise. Charbono neither blusters up to “match” the food nor merely washes it down in an acid bath. If Charbono could speak, it would say, “Wasn’t that delicious? Let’s have some more!”

One key stop for devotees of the cult to Charbono is On the Edge Winery. As with any shrine, the tasting room is indeed filled with candles—but not just votives. Hurd Beeswax Candles in Calistoga may seem an unlikely if not unpleasant location, but after a few minutes talking with owners Paul and Mary Sue Smith, you’re off on a passionate conversation about Charbono, the proposed Calistoga AVA, bees and the perils of Yugoslavian queens, for starters. Mary Sue is a Frediani, and much of Napa County’s Charbono comes from Frediani Family Vineyards.

On the Edge 2004 Charbono ($40) is redolent of chocolate and brandy, wild grape and extra-ripe blackberries. One fan who stopped by the bar opened up enthusiastically when asked about it. He said he buys a case every year, and waxed poetic about how well the 2003 paired with dinner at Indian restaurants. Damn the corkage—the great thing about this cult is you don’t have to sacrifice so much for a bottle of Charbono. Yet.