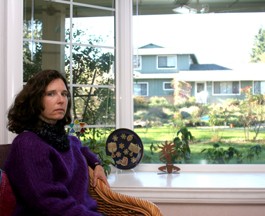 A s Immigration and Customs Enforcement (ICE) continues to target local illegal immigrants, some community members are trying to make Sonoma County a “county of refuge.” If it passes the Board of Supervisors, it would mean that although ICE could still conduct operations in Sonoma County, local law enforcement would not be able to help them unless required by federal law to do so.

Other cities in the Bay Area, including San Francisco, Oakland and Richmond, have already declared themselves places of refuge. Locally, the movement started because of concern that the Sonoma County Sheriff’s Department is allowing ICE agents to ride along in patrol cars, as reported in these pages (“Caught Being Brown,” Aug. 29).

The sheriff’s department says ICE is helping with Santa Rosa’s growing gang problem. But the County of Refuge Campaign—which includes groups like Committee for Immigrant Rights, the ACLU and the Peace and Justice Center of Sonoma County—believes that Latinos are being racially targeted. They say the police are stopping people for such minor infractions as broken taillights, and ICE is using it as an opportunity to question them about their immigration status.

The campaign is calling it a violation of the Fourth Amendment, which protects people from unlawful search and seizure. And that, coupled with ICE raids on immigrant homes in nearby towns like San Rafael, is pointing to a disturbing pattern of human rights violations.

“I keep hearing these stories about how people are afraid to let their kids outside to play because of ICE,” says Heidi Doughty, one of the organizers of an education forum on Sonoma County as a County of Refuge. “It’s crazy. People in this county are working their tails off, they are afraid to drive a car, and now they are afraid to leave their children to go to work. It reminds me of [how the Nazis treated the Jews during] World War II. You know, step by step by step.”

The letters were gathered on the Internet, in shopping centers and in churches. In fact, some faith-based institutions have taken an active role in informing the public about attempts to make Sonoma a County of Refuge. The synagogue Congregation Shomrei Torah and the Unitarian Universalist Congregation are sponsoring a series of educational forums on the issue. The next forum will be held at the beginning of 2008.

The forums are important because few people know the full extent of ICE’s actions in the North Bay, believes Larry Carlin, co-chair of the synagogue Shomrei Torah’s social action committee.

“We don’t know how pervasive the issue is,” he says. “We know it’s there, but a lot of it is anecdotal information. But one thing is clear: people are afraid to come out of their houses for fear of being arrested.”

Doughty, a fourth- and fifth-grade elementary school teacher, helped organize the forum because she wanted to give people a chance to speak out about this fear. She became concerned about ICE’s activities when she started seeing how it was affecting some of her students.

One little girl in particular started experiencing stomach pains so severe, she missed several weeks of school. After talking to her mother, Doughty learned that the girl was afraid to come to school because she thought her parents would be deported while she was gone.

“I thought, ‘Oh, she’s a kid, she doesn’t know what the reality is,'” says Doughty. “But then in September, she told me that ICE had come in the middle of the night to her aunt’s door and started pounding and screaming. The aunt had been here for 15 years, and they took her and dumped her in Tijuana. I thought, ‘Oh my God, this is true.'”

Faith-based institutions have a history of helping immigrants find refuge. During the Sanctuary Movement of the 1980s, Catholic, Protestant and Jewish congregations banded together to give Central American refugees pouring into the United States social services and advocacy support. For many, it is a moral issue about how human beings should be treated.

“It’s much greater than a moral issue,” he says. “It’s about the rights of an individual. Our Constitution guarantees these kinds of rights, and to prevent a certain segment of the community from being protected by these rights, I think it’s unfair. I think it’s not right.”

Next ArticleOut with the Old!