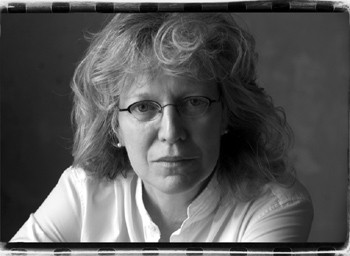 Key Of Life: Marshall Chapman’s autobiography draws from her songs.

Marshall Chapman, singer, songwriter and now author, writes like she talks: free-associating, with a kind of jazzy rhythm to her thoughts, covering all kinds of territory, from a “NASCAR race for literacy” to writing songs about influenza. “I tend to go out on a lot of different limbs,” she says, speaking from her home in Nashville, Tenn., “so feel free to reel me back in before one of ’em breaks.”

Chapman’s Southern accent even manages to poke its drawl through all the ink and paper of her first book, Goodbye, Little Rock and Roller (St. Martin’s Press; $13.95). The book is a look at the stories behind 12 of her some 250 songs, from “Rode Hard and Put Up Wet,” which appeared in Urban Cowboy, to the book’s title song, which was a hit with the inmates of the Tennessee State Prison for Women when Chapman recorded a live concert there.

These stories follow the path of a privileged daughter of a mill owner who grew up in South Carolina in the ’50s and knew that music was her calling even before, at age seven, her maid took her to see Elvis. Her songs have since been covered by the likes of Emmylou Harris, Wynonna Judd, Joe Cocker, John Hiatt, Tanya Tucker and Jimmy Buffet, to name a few.

Many stories didn’t make it into this book, like the time she played at a New York club where musician Paul Simon showed up. “I was so cocky I thought to myself, ‘Just wait till I get up there; he ain’t seen nothing like me,'” she says with a self-deprecating laugh.

Even though Rock and Roller gives a very good snapshot of Chapman’s life, it’s not an autobiography. “It’s autobiographical in nature,” she insists, preferring her editor’s description: “It’s just a road map of some of the places she’s been.”

And, man, those places . . . “The songs told me what to write,” Chapman says. “There were a couple of chapters I picked in order to simply write about a person.” Some of these people include Jerry Lee Lewis, the Killer, who instructed Marshall not to burn out; good buddy Jimmy Buffet; two destructive but creative beaus known as Speedfreak Boyfriends One and Two; and an eccentric in the music business known simply as Generalissimo Snowflake.

“Writing a book is much lonelier than songwriting,” Chapman admits. “I can knock a song off in an afternoon and then play it that night; it’s instant gratification. But what I love about writing a book is when a whole passage gets killed, it doesn’t feel like getting a leg amputated.”

In contrast, she describes songwriting as “making something out of nothing.” It’s having an experience and then translating it into something that “is playful and just delights you, tells a truth.” In songwriting, the whimsical and the emotional are key factors, words rhyme, stanzas are short. A book is a much different beast.

Chapman, however, a self-proclaimed tomboy in her youth who rejected the marry-up-and-pop-out-babies philosophy that prevailed for women of her generation, will never be content doing what’s expected or typical. “I am so hungry to write a book again,” she says. “I’m stunned. I’ve had enough songs to do a new CD forever, but every time I think about going to the studio, I want to throw up. It reminds me of that great quote by Hunter S. Thompson: ‘The music business is a cruel and shallow money trench, a long plastic hallway where thieves and pimps run free and good men die like dogs.’

“I am really enjoying this other side of having written a book, going out and promoting it–and nobody,” she chuckles, “is blowing smoke in your face.”

With a quote for nearly every subject, it would be easy to perceive Marshall Chapman as someone who prefers performing before large audiences to intimate conversations (hint: you’d be wrong).

Her friend, the novelist Lee Smith, writes in the foreword to Rock and Roller, “Marshall was then, as she is now, one of the most electric, charismatic performers in the world. . . . Here I was a little faculty wife with two kids and here was Marshall, already totally Marshall, already larger than life in every way.”

I understand what Smith means because I first met Chapman this January when she visited Bennington College in Vermont. None of us was quite prepared for her. Part Amazon–she’s easily six feet tall–part Joan Jett, part Keats, she wasn’t there to lecture on craft or deconstruct our work. She was there to put on a show, Chapman-style. The audience went crazy for her songs; sometimes you can only listen to so many passages from an award-winning novel or collection of short stories before you need the kind of mind shift that music provides.

That second night, someone in the audience asked her to address a rumor that she rapped, hip-hop style, to the Middle English difficulties of Chaucer. Chapman cracked a grin.

On returning for her 20-year school reunion at Salem Academy, dressed in fishnets and a black leather skirt, her Stratocaster hung around her torso, Chapman says, “I realized I was wearing not one but three dress code violations from the 1967 Salem Academy rule book.” Understanding that she now held the big guns and having been forced to memorize and perform Chaucer’s Canterbury tales so many years before (“Like going before a firing squad, only there was nobody to shoot you and put you out of your misery”), she busted into a rap-beat version of Chaucer: “When that Aprill with his shoures soote / The droghte of March hath perced to the roote . . .”

Punctuated with “boom-shaka-laka-laka,” this moment reinforced Chapman as a kind of musical anarchist, a version of the character in her song “Betty’s Bein’ Bad.” We were certainly awed and won over in that auditorium, struggling to define her: poet? rock ‘n’ roller? storyteller? Thankfully, Chapman has an answer for this dilemma. Her favorite description of herself comes from her friend, writer Lola White, who dreamed the following words: “This is my friend Marshall Chapman. You know her as a cool, tough, charismatic singer and storyteller. But you do not know the bald, naked little person she carries inside her wherever she goes.”