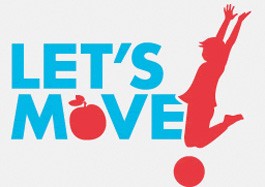 First Lady Michelle Obama recently launched a campaign against childhood obesity called Let’s Move. But the effort appears too timid and solicitous of the food industry that helped created the epidemic in the first place.

The campaign includes establishing a high-profile childhood obesity task force; improving school lunch programs; allocating $400 million per year to eliminate “food deserts,” areas without grocery stores or access to fresh and healthful food; a commitment by several food-service vendors to voluntarily (skeptical italics are mine) meet standards for school food set by the Institute of Medicine to cut the amount of sugar, fat and salt in school meals within five years and double the amount of produce they serve within 10 years.

The plan is a well-intentioned effort to end childhood obesity in one generation, and it’s sorely needed. But the real villain is the U.S. Farm Bill, an unwieldy, antiquated piece of legislation that’s a snake pit of greed and injustice. Michelle Obama made no mention of this elephant in the room.

Many supporters of school-lunch reform hoped that the first lady’s White House garden and support for more nutritious food would mean the president would offer more funding to improve the low-grade slop served in public schools—and he did. The president is proposing an additional $1 billion a year for 10 years to be divided between school food programs and WIC.

Although $1 billion sounds like a lot, according to the New York Times it pencils out to less than 20 cents more per student. Many school lunch reformers are calling for a $1-per-student increase, five times what the president has proposed.

To the extent that Let’s Move raises awareness about the problem of childhood obesity and its causes, it is a step in the right direction. But if the campaign gives the food industry and marketers cover for the very problems they helped create, then Let’s Move is a move in the wrong direction.