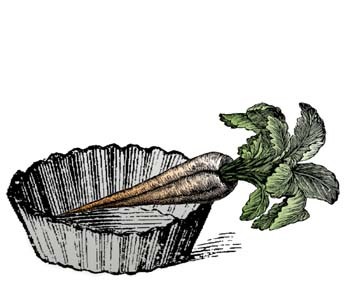 Surprise and delight friends and family with a special–OK, raw–cake this holiday

The image that most readily pops to my mind when envisioning a “raw foodist” is that of a grouchy, low-blood-sugar hippie with a skewed perception of health and nutrition, and some sort of hemp garment twined around his or her emaciated middle. As fadlike as raw foodism may seem, the carrot-crunchers who practice what is called “living nutrition” are among the healthiest and most energetic people this skeptic has ever met.

But if burritos are out, what, then, does a raw foodist eat? As Marie Antoinette herself might have said: Everything, particularly cake. But before skipping directly to dessert, here’s some metaphoric meat.

The basic tenet behind raw foodism is that heating any food above 118 degrees Fahrenheit will cause the enzymes in it to cease activity. This means the pancreas must provide its own digestive enzymes, thus slowing the entire digestive process. Therefore, raw-foodists keep their heating (and freezing) to a minimum and their organs relaxing to the maximum.

If going whole-TVP-hog doesn’t sound appealing, simply sprouting seeds and grains at home and adding them to your diet is an excellent way to maximize food’s nutrition. A sprout (a tiny, complete version of the whole plant) increases in nutritional content as it grows: a sprouted pea has four times the amount of vitamin C as a dried pea. Soaking seeds and nuts before sprouting them releases enzyme inhibitors that have been stored in the plant while it is dried, and make the food more easily digestible.

A raw-foods diet, if done properly, is far from lacking in nutrients or noshability. Avocados provide plenty of essential fatty acids, as do almonds and other nuts. Tomatoes and citrus fruits are powerhouses of vitamin C, and sprouted lentils, quinoa and beans can have more protein than red meat. Sea vegetables such as kombu (kelp) and nori (the stuff that gets wrapped around sushi) are well-known ways to get B vitamins and iron; most health food stores sell such vita-rich lesser-known seaweed as wakame as well. There is even raw food “junk food” on the market; several companies (such as Govindas, out of San Diego) produce such packaged delicacies as Bliss Bars, Hemp Bars and cracker-like snacks.

For an easy treat, Mark M. Braunstein’s mostly raw cookbook Sprout Garden: Indoor Grower’s Guide to Gourmet Sprouts gives a tasty recipe for raw falafel. Chop a handful of buckwheat sprouts, a carrot, some parsley, a tablespoon of tahini, a small handful of sunflower seeds and a teaspoon of curry spices together in a food processor. Shape into balls and dry in the sun until firm. Serve this Eastern treat over salad greens with fresh-squeezed lemon juice as a dressing.

If you’ve got a sweet tooth that suffers without pie, try mashing dates and wheat sprouts together for a crust and filling with a mixture of chopped strawberries, blueberries and honey to taste. Savor a slice with a glass of raw “milk”: one cup of almonds, soaked overnight and blended with four cups of water, then strained and refrigerated. Shake it up before you drink it.

But if you’ve got a sweet tooth that suffers without cake, all is well. The following recipe, adapted from Nomi Shannon’s book, The Raw Gourmet, may not at first seem simple, but have faith. This rich, delicious cake makes a festive addition to the holiday table and is a yummy way to introduce chary friends and relatives to the world of raw-foodism.

This recipe calls for both a juicer with blank screen–a fixture that fits over the metal screen of a juicer and essentially turns it into a mini-Cuisinart–and a traditional food processor. How the raw foodists of 10,000 years ago got along without such appliances is stunning!

Give yourself plenty of time to assemble this cake, gathering the ingredients together first and enjoying the exertion of its creation. For the carrot pulp that is the heart of this cake, first indulge in some fresh juice and save pulp in advance. The cake can be made one or two days in advance and refrigerated. It’s malleable consistency allows it to easily be formed into any shape, whether a traditional-looking two-layer round cake with frosting between layers, or cut into the form of a Christmas tree or star on a large platter and frosted on top.

In blender, blend the cashews with just enough water to allow blender to run. When paste is smooth, add in dates and chop until sweetened to taste. Add vanilla and pulse until mixed. Set aside.

In the food processor: combine pecans and pine nuts. Process until uniformly fine. Add coconut, pulse until mixed in. Add spices, pulse until mixed, set aside. In a juicer fitted with a blank, alternate carrot pulp, raisins, apricots and dates through. Add reserved sherry. Knead until mixture is evenly combined. Add in nut mixture a little at a time, kneading it in.

For a traditional two-tiered cake, oil and line two round cake pans with plastic wrap. Put mixture in pans, pack in. Refrigerate until ready to frost.

The cakes will be moist but firm. When ready to serve, carefully de-pan onto plate as you would an “ordinary” cooked cake. Enjoy!