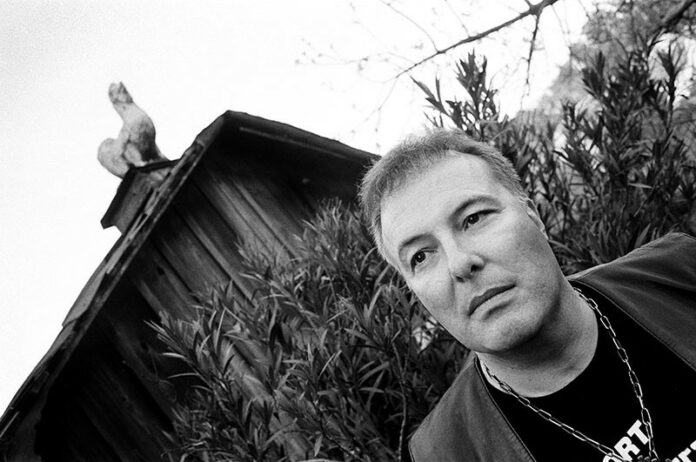 Bay Area punk legend Jello Biafra made a recent appearance on the Independent Film Channel’s Portlandia, in a sketch where he wakes from a coma to discover that his beloved scene is infested with yuppies.

Funny as the sketch was, there’s little to laugh at in the class war now underway in San Francisco, the city that gave rise to the Dead Kennedys in 1978.

“It’s no big secret,” Biafra says, “but we’re under a full, Vladimir Putin–size assault from another generation of ‘dot commies’ trying to take over and gentrify the town and bulldoze out people of lower income, people of color, service workers and, of course, artists and musicians.”

In an interview with the Bohemian, Biafra amply demonstrated why he’s considered one of the most eloquent and outspoken voices in music in the last three decades, and provided insight on how to save culture from the clutches of corporate predators. Biafra heads to the North Bay this week with his Guantanamo School of Medicine, appearing Friday at Santa Rosa’s Arlene Francis Center in support of their second full-length, White People and the Damage Done.

But first he has to finish ranting about those San Francisco “dot commies.” “One of the ways they get away with it is that several of these giant tech firms have started their own bus systems—yuppies only—to ferry their precious drones to and from ‘Silly Clone Valley’ to their playground in the Mission district,” he says. “It means it’s that much easier for people who might otherwise live down there to live here and drive up the rent.”

It’s an unsettling trend and one that’s made San Francisco rents among the highest in the world. Biafra connects the dots between corporate interests and their political allies. “The last dotcom holocaust happened when Willie Brown was mayor and his puppet planning commission rubber-stamped every last gentrification/eviction project they could get their hands on,” he says. “And now, the current mayor [Ed Lee] might as well be Willie Brown Mini Me. [Lee] pretty much lets Willie and crew tell him what to do,” says Biafra. “So once again its full speed ahead to wipe out affordable housing and sterilize the town.”

Biafra compares today’s social climate to that of his youth—and finds the present scene to be wanting. “The days are different from when somebody like me could come out here, a 19-year-old chasing a dream, find a room and start exploring the city that gave us the Beats and all that great psychedelia,” says Biafra. “But now if people come out chasing that dream at all, they’re more likely to go to Portland—yes, Portlandia—or L.A., or to Oakland.”

But Biafra is encouraged by what he saw during the recent Occupy movement. “The Occupy tents are gone, but the spirit lives,” he says. “You don’t have to pitch a tent or get your head cracked at a protest or sit up all night arguing with the more-radical-than-thou about 9-11 conspiracy theories or whatever. If people want to, they can make a vow to themselves, ‘I am not cooperating with this corporate system anymore. They can’t have me. They can’t have my money. They can’t have my time.’

“I think what happened with Occupy is that it had very widespread sympathy and support. Even the corporate opinion polls bore that out at the time. Even my mother, aged 83, said she thought they were right. So what I think people did was take that spirit and apply it another way.”

Biafra lays out some guidance on how to live with less commercial influence. “You give as little money as possible to the corporate chain stores and restaurants. Keep the money in the community’s local businesses and buy as few products from the corporate predators as possible,” explains Biafra. “I mean, does Coca-Cola taste as good as it did when you were a kid? And does something like Coors or Budweiser have any resemblance to decent beer? Some of these things are really easy.

“I haven’t eaten at McDonald’s in about 35 years. Have I suffered? No. And this is like drugs or tattoos. The more you do it, the more you want to go further. I thought back then, ‘Hey, if I don’t want to go to McDonald’s, which I never liked anyways, why should I go to Burger King?’ I’ll piss in their pots, but I won’t touch their food.”

The singer also highlights the importance of understanding commercial propaganda created by the corporate media. “I don’t think anyone should be allowed to graduate from high school until they pass a class on media literacy,” he says. “Unfortunately, those classes aren’t available. And that’s all by intention. So we have to go one-on-one teaching media literacy ourselves. That doesn’t mean blogging to an echo chamber that already agrees with you. It means eye to eye.

“If someone starts spouting Rush Limbaugh BS, don’t just throw up your hands and dismiss them as rednecks or stupid or unreachable. Sit down and talk to them. Don’t argue; communicate. If it’s somebody you know well, you know what’s important to him or her, and you can start with that. And most people, the bottom line is putting food on the table.

“It’s all helping people, both children and adults, to grow better bullshit detectors,” he adds. “Its especially important with children, where if they have a strong bullshit detector when they’re a kid, by the time they’re a teenager, the fashion police can’t hurt them as badly. They can say, ‘I don’t need that. I’d rather be myself.'”

Still, Biafra understands the realities of the world we live in, and the demands it makes. “We all wind up making some compromises, or we’re going to wind up like Ted Kaczynski, the Unabomber. He was pure as the driven snow from being detached from corporate society, but look what happened to him. I don’t think anybody wants to end up so isolated and crazy they wind up sending bombs to people they don’t even know, even making screws by hand, all because they can’t get laid.

“There’s got to be a better way, and everybody has to figure that out in life, and as life evolves, so does the individual,” he says. “Sometimes I’m not the most radical person on the block, but I just try to make those decisions based on something I can actually live with and live up to. I try to go as far as I can with what I do without being a jerk about it.”

The process of prying the corporate grip from our culture is not an overnight struggle. “It’s brick by brick,” says Biafra. “You know, the big picture looks pretty damn horrible. When you break off a piece of that puzzle and put energy into helping fight a smaller, winnable local battle, that’s where we start to take society back or at least keep the corporate predators further away from the front door by using our pitchforks.”